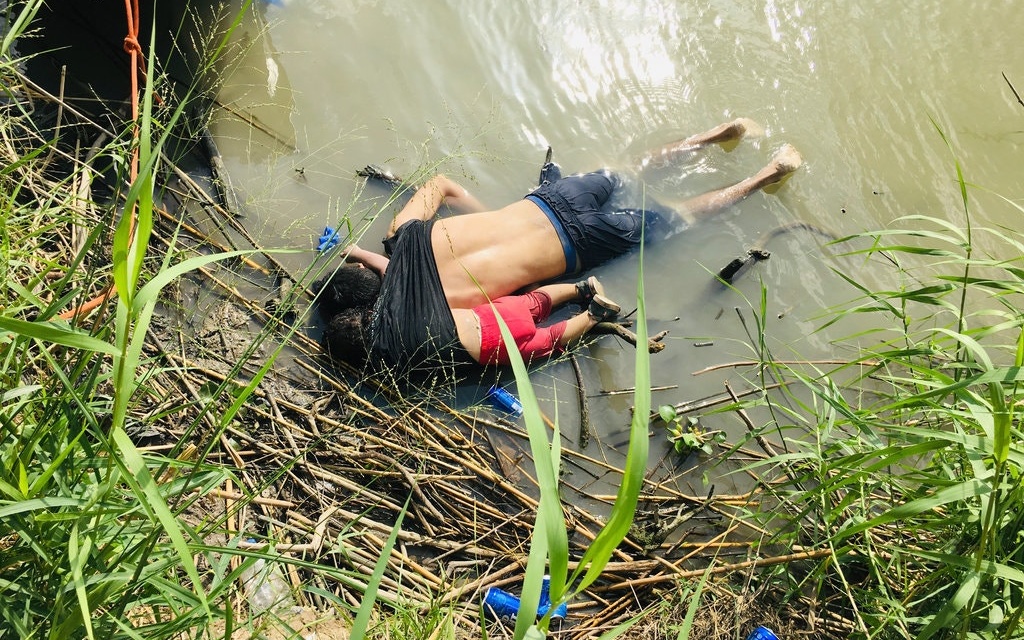 Asylum officers challenge Donald Trump’s migrant policy, forcing them to remain in Mexico while they await immigration hearings in the US, in a federal appeals court.

The labor union representing the officers filed a brief supporting the American Civil Liberties Union and other groups challenging Trump’s Migrant Protection Protocols program, which has sent 12,000 asylum-seeking migrants to Mexico since January. The statement said the operation is threatening migrants’ lives and is “fundamentally contrary to the moral fabric of our Nation.”

Claiming the long-held view that asylum seekers and refugees should have a way to escape persecution in their homelands, the union said the Trump policy is compelling sworn officers to participate in the “widespread violation” of international and federal law — “something that they did not sign up to do when they decided to become asylum and refugee officers for the United States government”:

Asylum officers are duty bound to protect vulnerable asylum seekers from persecution. They should not be forced to honor departmental directives that are fundamentally contrary to the moral fabric of our Nation and our international and domestic legal obligations.

The Trump Administration’s “zero tolerance” policy is seeking to keep all migrants in Mexico. Earlier this month, Donald Trump threatened the Mexicans with 5% tariffs, escalating to 25%, unless they accepted the effort. The Mexican Government avoided the punishment by upholding commitments, made in December and March, to increase security personnel on its borders and to host some — but not all — migrants while asylum cases are heard in the US.

With hard-line anti-immigration advisor Stephen Miller in the lead, the Administration has been purging officials considered “weak” on zero tolerance, such as Homeland Security Secretary Kirstjen Nielsen and Ron Vitiello, the nominee to head Immigration and Customs Enforcement.

They have been replaced with staff upholding Miller’s tough line. Last week, the acting director of US Citizenship and Immigration Services, Ken Cuccinelli, criticized officers for approving too many initial screenings of asylum-seekers.

In April, a judge temporarily halted the Migrant Protection Protocols because it probably violates federal law. A three-judge appellate court allowed the program to resume in May while the legal challenge continues.

The filing for the officers asserted, “Mexico is simply not safe for Central American asylum seekers,” citing threats to women, people who are gay, lesbian or transgender, and indigenous minority groups. They produced State Department reports showing that gang violence and activity is widespread and that crimes are rarely solved, and argued, “Despite professing a commitment to protecting the rights of people seeking asylum, the Mexican government has proven unable to provide this protection.”

It added the fear that asylum seekers are being returned to a country where they are in danger. Countering Justice Department arguments, the labor union maintained that MPP is “entirely unnecessary, as our immigration system has the foundation and agility necessary to deal with the flow of migrants through our Southern Border”.

The court case is being heard as the photo of a drowned migrant father and daughter have spurred concern and anger over the treatment of those trying to reach the US.

Óscar Alberto Martínez Ramírez and 23-month-old Valeria died in the crossing of the Rio Grande on the Texas border.

Martínez, 25, Valeria, and her mother, Tania Vanessa Ávalos arrived last weekend from El Salvador in the border city of Matamoros, Mexico. They sought to cross into the US to apply for asylum.

However, the international bridge was closed until Monday, so they sought on mid-afternoon Sunday to swim across the river.

Martínez put Valeria on the opposite bank but, as he went back for Tania, his daughter followed. The father tired and he and Valeria drowned. His wife returned to the Mexican bank.

On Monday, Martinez and Valeria were found downstream, their bodies in an embrace of protection, by Mexican authorities.

Eight children and three adults have drowned or died from heat exhaustion in the past two months in attempted border crossings.

Rep. Joaquin Castro, chairman of the Hispanic Caucus, said with emotion, “It’s very hard to see that photograph. It’s our version of the Syrian photograph — of the 3-year-old boy on the beach, dead. That’s what it is.”

His brother Julian, former Housing and Urban Development Secretary and a candidate for President, echoed the statement in Wednesday night’s Democratic debate, drawing praise for his position that crossing into the US should be a civil offense and not a crime.

On Thursday, each chamber in the US Congress passed a bill for $4.5 billion in aid for migrants at the border.

But the Senate rejected the House version, which has more conditions trying to restrict the Trump policy of zero tolerance, meaning that negotiations must be arranged for passage of legislation.