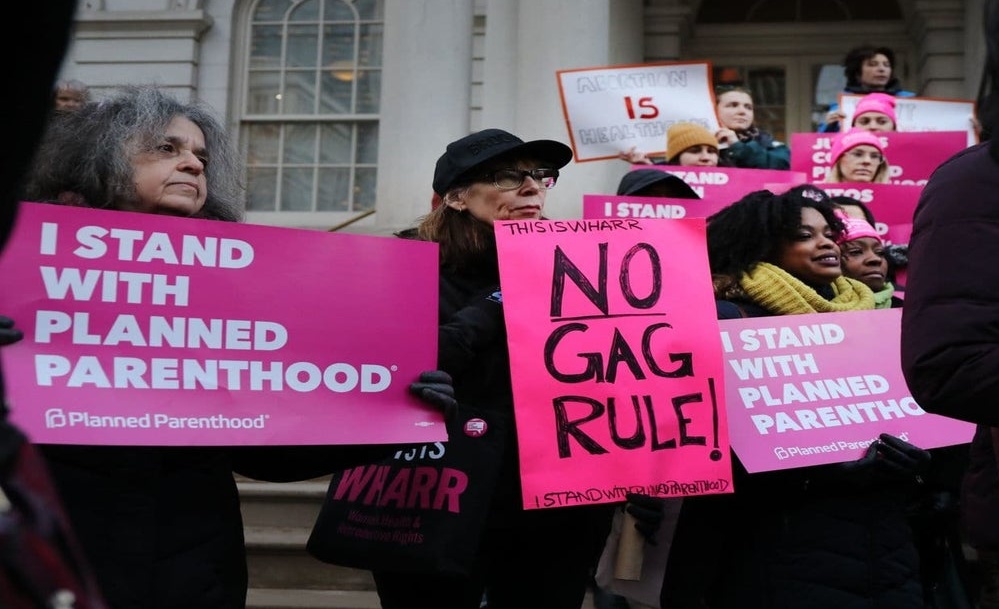 The rule, which was to be implemented on May 3, bars clinics that receive federal funds for family planning services from referring patients to abortion providers.

The 9th US Circuit Court of Appeals in California set aside injunctions that had blocking nationwide enforcement, as California, Oregon, and Washington pursued legal challenges.

The three judges determined that the rule is a “reasonable interpretation” of the federal family planning law, Title X, and upheld the government’s “important policy interest” in ensuring that taxpayer dollars not fund or subsidize abortions.

Announced in February, the Administration’s policy substantially restored a rule that was created in 1988 and upheld by the US Supreme Court in 1991. It is part of Donald Trump’s campaign pledge to end federal support for Planned Parenthood, which receives about 1/5 of Title X funds that totaled $286 million in 2017.

The new rule demands that while clinics receiving Title X funds can discuss abortion with patients, they cannot advise them where to go for the procedure. It also requires clinics to set up separate facilities if they provide abortions.

Clinics and organizations such as Planned Parenthood say the measure will prevent clinics from providing birth control, cancer screening, HIV testing, and other essential healthcare, especially to poor people and minorities.

Nineteen other states and Washington, DC, have joined Oregon in its challenge to the Administration rule.