EA on talkRADIO: Lies and Crimes — From Trump’s Rally to MBS and Khashoggi to Russia and MH17 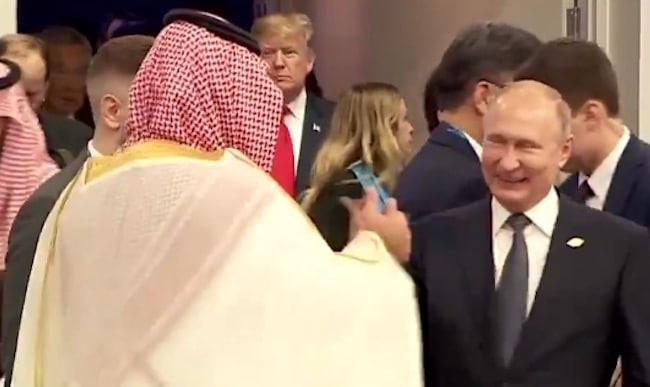 In a fast-paced 11-minute review of the world, I joined talkRADIO’s Eamonn Holmes on Wednesday — taking in Donald Trump’s official re-election campaign launch; the international investigation naming three Russians and one Ukrainian separatist in the July 2014 downing of the MH17 passenger jet, killing 298 people; the UN report citing “credible evidence” that Saudi Crown Prince Mohammed bin Sultan is involved in the murder of journalist Jamal Khashoggi; and the latest on Hong Kong and China.

We start with Trump’s repackaging of old tactics in his Tuesday rally, asking if a US economic bubble can save him from defeat in 2020.

Trump has said well over 10,000 lies since he took office, but to him, they’re not lies.

They are this world he has created where everything he does is the greatest: his foreign policy is the greatest, his approach to immigration is the greatest. And anyone that raises facts is fake news or dedicated to a witch hunt against him.

But as long as he can get enough people to believe the lines and buy into the spectacle, don’t underestimate the man. He’s not smart but he’s cunning.

We then consider whether there is value in the Joint Investigation Team’s citation of four suspects — three of them connected with Russian intelligence services — for the downing of MH17 over eastern Ukraine.

This is important, even if no person is put behind bars. It provides some closure for the relatives of those people who were killed on that day. And politically it’s important to set down the marker that there is such a thing as international law and that violators will be named if people are murdered and that states cannot act with impunity.

We apply the same principle to the UN’s pursuit of evidence implicating high-level Saudi officials in Khashoggi’s murder before closing with a look at the mass protests in Hong Kong that have forced the Beijing-supported Government into a limited climbdown over an extradition law.