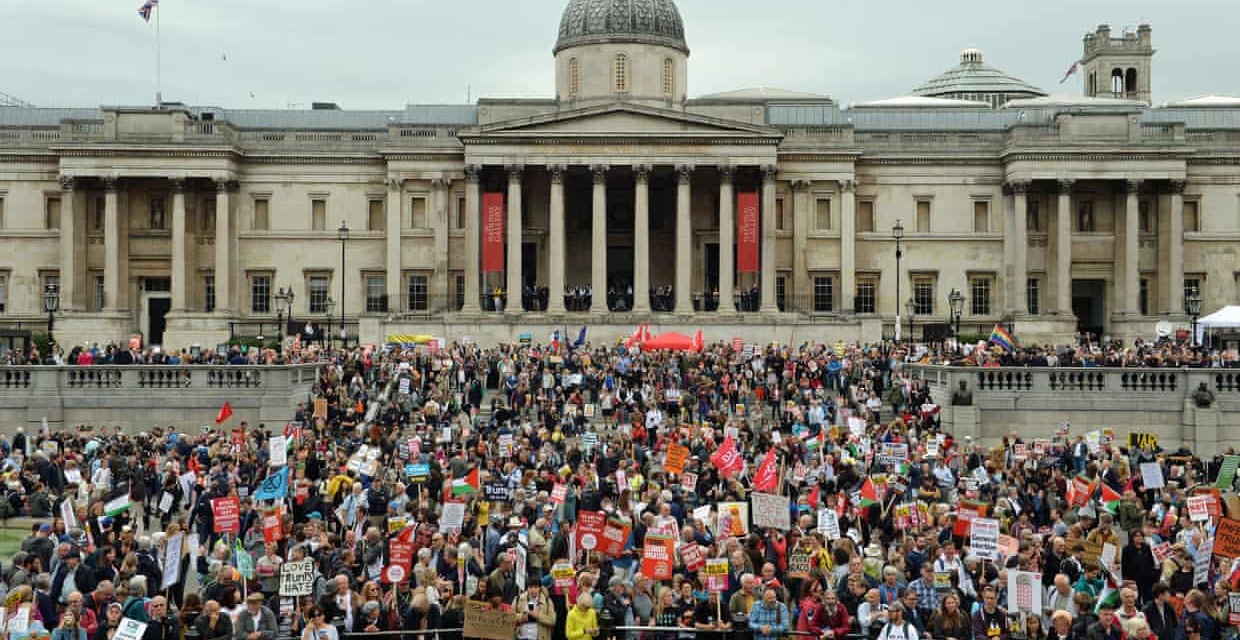 He’s very much like a loan shark offering to help us by paying off our debts.

We’ve got a message now which is beyond Donald Trump, about the issues that are going to remain after he goes.

What Donald Trump has done is damaged or demeaned decency, tolerance, and respect in politics. The marches today are a marker for what we have to do each and every day.

We then examine Trump’s intervention in UK domestic politics — “He’s going to treat the choice of the next UK Prime Minister as an episode of The Apprentice” — and in the possible US effort to part-privatize Britain’s public services.

I joined Turkey’s TRT World and BBC outlets throughout Tuesday to monitor Donald Trump’s visit to the UK, the marches challenging Trump’s actions and policies, and the possible political pitfalls.

Will the big issues get tackled? No, and to be honest, the British Government is hoping the big issues won’t be tackled because they don’t trust Donald Trump to stay on message.

EA on CNN, BBC, and UCB: How Trump is Messing With Britain’s Future

This isn’t just about Donald Trump. He may be gone in 20 months’ time, and these issues — climate change; respect for women; respect for ethnic, racial, and religious minorities; decency and tolerance in politics — will still be here.

Trump’s causing damage to the US system and the American Presidency. These protests are calling for a responsibility in politics — that’s a useful message.

If Trump doesn’t go off-script, we might just get away with this.

But we then talk about “off-script” with Trump’s interventions in selecting the next UK Prime Minister and in opening up the National Health Service to part-privatization.

As long as the focus is on how good people are looking with all the photo snaps and as long as The Donald is happy — and he is very happy, after all the Pomp and Circumstance yesterday — the opportunity for discord doesn’t arise.