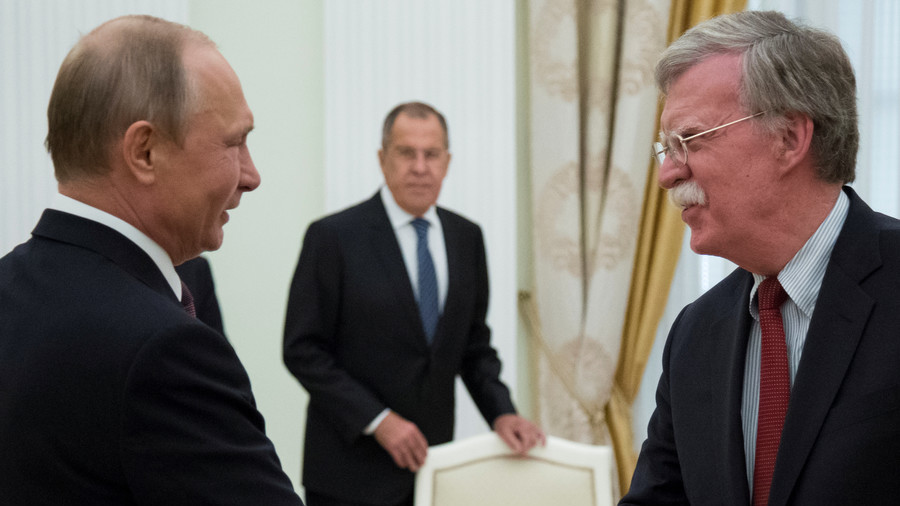 US officials have confirmed a high-level meeting with Russia and Israel on Syria’s conflict, saying it will focus on Iran’s influence.

A “senior Trump administration official” said Russia may be more willing than in the past to address American and Israeli concerns about the presence of Iran, essential alongside Moscow in propping up the Assad regime.

He said the discussion was an “unprecedented diplomatic opportunity…to see how we can potentially work together to get rid of the primary irritant in the Middle East, which is the Islamic Republic of Iran”.

The official did not explain the basis of his belief about a changing Russian position, nor did he address what Moscow might seek from the US.

Quoting Western diplomats, the Arabic daily Asharq al-Awsat claimed last weekend that the Trump Administration is ready to recognize Assad, reversing the US position since 2011, and to lift sanctions on the regime.

A senior Administration official insisted, “There is no basis for this report and that is not the US policy position.”

Russian State English-language outlets have made no comment about the meeting.

Moscow gradually took the lead from the US in political discussions on Syria since 2013, pushing aside the Americans in 2016. It leads the “Astana process”, named after a series of meetings in the Kazakhstan capital, with Turkey and Iran to ensure that any measures do not include Assad’s departure.

The process has been stalled for months over the make-up of a Constitutional committee, with the regime objecting to the inclusion of opposition elements.