D-Day at 75: It’s Time to Reconsider UK’s “Special Relationship” with US 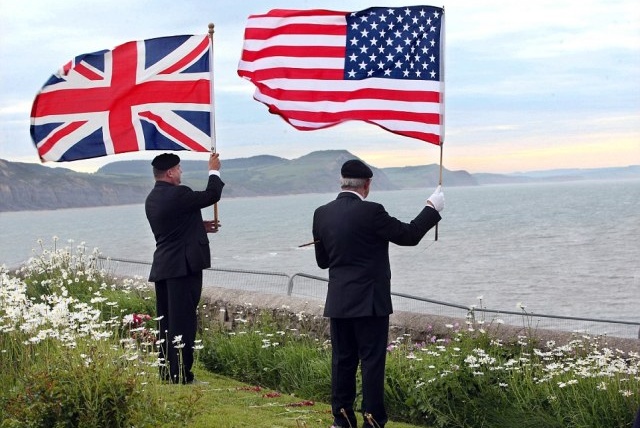 On the 75th anniversary of the cooperation that began the liberation of Europe, D-Day’s Operation Overlord, can the US-UK relationship be portrayed as “special”?

The Normandy landings were the product of a partnership of equals. The plans were conceived by British general Frederick Morgan and supported by a UK-dominated staff in control of the Allied forces: Gen. Bernard Montgomery in charge of land troops, Air Chief Marshal Trafford Leigh-Mallory responsible for aerial support, and Adm. Bertram Ramsay the sea force. The Deputy Supreme Allied Commander, Arthur Tedder, was also British. American Dwight Eisenhower, as Supreme Allied commander, was the only non-British person in a strategic command position.

The picture of cooperation was drawn further in the make-up of the forces. Britain supplied 892 out of the 1,213 warships taking part, and 3,261 of the 4,126 landing craft, with the Royal and Merchant Navies providing more than double the number from the US. The Royal Air Force composed about half of the 11,590 Allied aircraft involved, whilst on land British and Canadian forces had responsibility for three landing beaches (Gold, Sword, and Juno), with 75,215 troops and 7,900 paratroopers, while the US covered the remaining two beaches (Omaha and Utah) with 57,500 troops and 15,500 paratroopers.

Furthermore, the intelligence operations to break the German Engima codes were led by Alan Turing at Bletchley Park, and the substantive disinformation campaign — including the fictitious 1st US Army Group designed to trick the Germans into believing the invasion would take place at Calais — was led by UK Col. David Strangeways.

The US participation should not be overlooked. But a reversal of the common perception from Hollywood films that the Americans led the salvation of Europe is in order. This was an operation planned by the British, based on British intelligence, led by the British, and in which the majority of troops were British.

The so-called special relationship of World War II was one of military parity in terms of command, personnel, and capability, with intelligence arguably dominated by the British. But the Lend-Lease programs and the postwar Marshall Plan demonstrated the economic dominance of the US, buttressed by the Bretton Woods system, linking the dollar as the world’s reserve currency to gold stocks. The International Monetary Fund and the World Bank are both effectively controlled by the US, with the voting percentages in each organization dictated by the levels of contribution.

Until the Gulf War broke out in 1991, the UK and United States had been unwilling to support each other directly in military operations. The UK did not engage in combat alongside the US in Vietnam, nor did the US get involved in the legacies of British Empire, such as the Suez Crisis of 1956, the Malayan Emergency of 1948 to 1960, or Argentina’s occupation of the Falkland Islands in 1982.

Beyond the mutual support in NATO and as two of the five permanent members of the UN Security Council, there is little evidence of a special relationship between Britain and the US during the Cold War. Indeed, it may be argued that the only reason for the prominence of the “special” is the positive relationship between President Ronald Reagan and Prime Minister Margaret Thatcher in the 1980s.

There were combined operations in the 2003 Gulf War to overthrow Saddam Hussein, with the British carrying out specialist roles with special forces and low-level runway denial missions, which only the Royal Air Force could pursue through the supersonic low-level Tornado GR1 and the JP-233 Low-Altitude Airfield Attack System. The bulk of the coalition forces — around 700,000 out of a total of about 950,000 troops — were provided by the US and every command position was held by an American officer. The US did not feel obligated to make a political appointment to reinforce the special relationship.

The stark disparity in the relationship came out through operations to defeat the Taliban insurgency in Afghanistan from 2006 and especially following the 2009 US surge under President Barack Obama. The US provided more than 75% of the troops deployed to Afghanistan, even with a coalition of 43 partner countries participating in operations during the 11-year mission of the International Security Assistance Force.

American troops took part in riskier combat operations, despite the common perception of the heightened danger for British troops operating in Helmand Province. All the senior command positions were maintained by US officers after 2007, following the establishment of the ISAF countrywide command under a British general, David Richards, and of NATO’s Allied Rapid Reaction Corps. Despite the UK supplying the largest force after the US and operating in one of the most dangerous areas of Afghanistan, no special dispensation was given in the command structure for the mission.

Politically, the US-UK relationship is dependent on the personalities of the leaders at any given time. Economically, there is no special relationship. Militarily, as seen in the Gulf War and Afghanistan, the UK is lacking in its ability to contribute, relative to the capabilities of the US. The only area that can be considered special is in the field of intelligence where the UK, as part of the Five Eyes alliance, enjoys a privileged status because of its assets.

This is not a relationship of mutual respect and cooperation between equals, but rather one of dominance by one side. So when we remember the bravery of those involved in the Normandy landings and the cost in lives and resources, we should also contemplate what Britain’s role in the world — and its relative power within the international system — will be beyond the 75th anniversary. 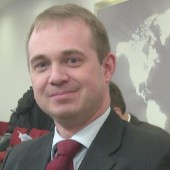 Gavin Hall is a doctoral research at the University of Birmingham, specializing in cyber-security issues.