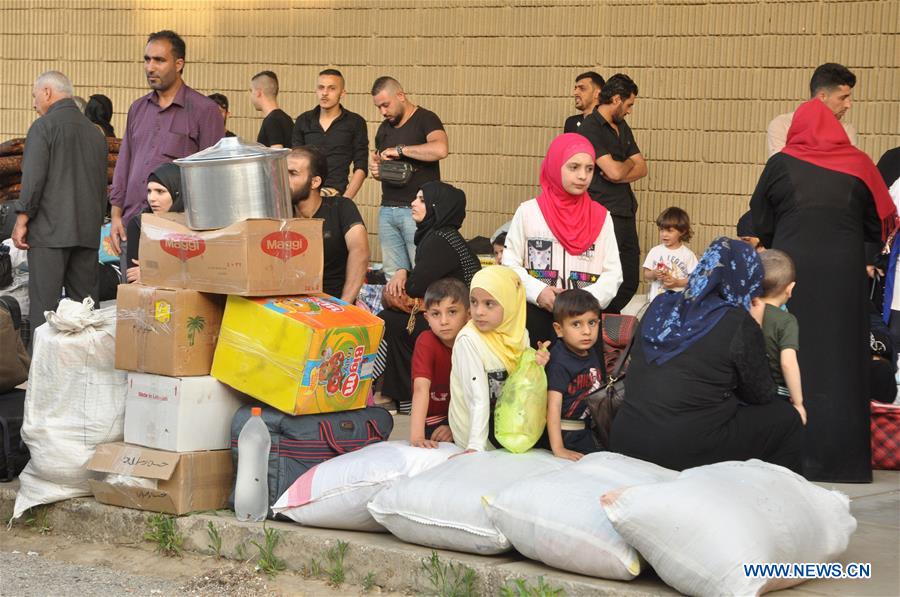 Many of the small percentage of refugees who return to Syria are being interrogated and detained.

Refugees and human rights monitors say any person coming back amid the 98-month conflict are being forced to inform on close family members. Some are tortured.

The displaced fear the harassment and imprisonment that can await. The status of their property is uncertain, especially as many do not have official identification.

The regime also restricts permission to re-enter, requiring a full accounting of any involvement with the opposition. Loyalty pledges must be signed: “I am fully prepared to cooperate with the relevant authorities to preserve the safety of the homeland and to report anything that is suspicious or affecting security.”

But of those who dared to jump the hurdles, almost 2,000 people have been detained, according to the Syrian Network for Human Rights.

One young man who returned to a Damascus suburb says, “If I knew then what I know now, I would never have gone back.” He explains that he has been harassed for months by security forces who repeatedly turn up at his home and stop him at checkpoints to search his phone.

People are still being taken by the secret police, and communities are living between suspicion and fear. When they come to your door, you cannot say no. You just have to go with them.

Officially, the regime has urged refugee returns, proclaiming “reconciliation”. In a televised address in February, Assad called on people to come home to “carry out their national duties”, saying forgiveness would be granted to those whose “are honest”.

But a survey of 350 returnees across Syria found about 75% have been harassed at checkpoints, in government registry offices or in the street. Many have been arrested or conscripted into the military.

“According to our data, you are the exception if nothing happens to you,” said Nader Othman of the Syrian Association for Citizens’ Dignity, which carried out the survey. “One of our most important takeaways is that most of those people who came back had thought that they were cleared by the regime. They thought their lack of opposition would protect them.”

Speaking with Louise Loveluck of the Washington Post, “Hassan” talks of interrogation by officers from the state security directorate who met him at the airport at the end of 2018.

He realized that guarantees for his safety, after paying a large bribe to a high-ranking security officials, had evaporated: But and took him for interrogation. “They knew everything — what I’d done abroad, which cafes I’d sat in, even the time I had sat with opposition supporters during football matches.”

A week later, he was arrested during a visit to a government registry office and taken to a nearby police station. Officers took turns beating and questioning him, he said, accusing him of carrying ammunition for an armed opposition group in 2014.

“I kept telling them that they knew I wasn’t in the country then,” Hassan says. “All they did was ask me for money and tell me that it was the way to my freedom.”

On one occasion, the guards dragged in a young woman: “They beat her with a water pipe until she screamed, [then] told me they would do the same if I didn’t cooperate.”

He says he was released at the end of January after relatives paid another bribe of $7,000.

Last month, the UN said it has documented 380 detentions in Daraa Province in southern Syria alone, with at least two people dying in custody. Local groups say there have been at least 500 cases since August in Daraa and the Damascus suburbs.

Interrogation is often followed by torture and other abuse, according to human rights groups and former detainees. Several men said that their wrist bones were snapped during long periods of being hung from the ceiling.

A carpenter from Aleppo Province, now living in Lebanon’s capital Beirut, speaks of his dilemma.

We don’t know what to do, really. While I’m here, all my son sees is a father who can’t provide for him, and I’m risking deportation to even go to work.

But going home? I can’t do that. It’d be like walking into a black hole.