Are the Liberal Democrats Back in UK Politics? 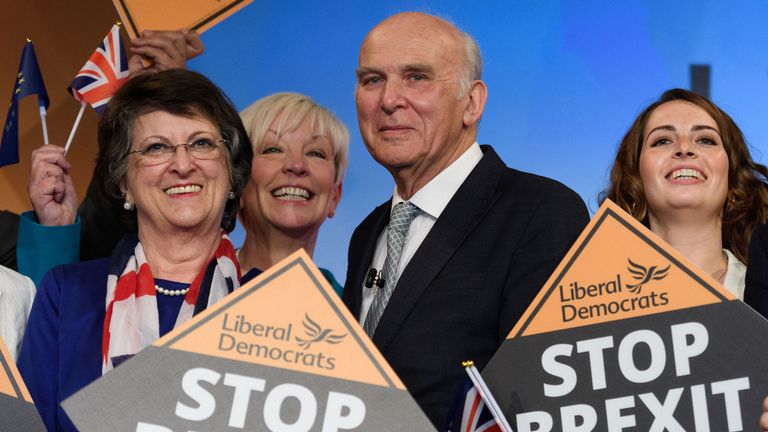 The UK Liberal Democrats must currently be tempted to quote Mark Twain’s quip that “the report of my death was an exaggeration”.

Only four years ago it was fashionable to argue that the Liberal Democrats were finished. After five years in coalition government with the Conservatives, they lost 49 Parliamentary seats in the 2015 election, ending up with just eight MPs. The party’s representation in local government was halved, and in Europe almost obliterated.

But in the European elections last month, the party came second in a national election for the first time ever. It won representation in every region of England, coming top of the poll in London. In the local elections, they doubled their representation and the number of councils they control in the areas contested. Finally a YouGov poll put the Lib Dems ahead of all other parties for the first time since 2010. What has returned the Liberal Democrats to health, and will it last?

There is something to be said for the reconciliation factor when it comes to the Lib Dems. It is possible that the portion of the public that voted Liberal Democrat in 2010, but abandoned it in revulsion at the experience of coalition has forgiven the party.

If true, this is remarkable. Reputational damage – as the Tories found after the Winter of Discontent in the late 1970s and the Poll Tax in 1990 – usually affects parties for a decade or more, and is used by their opponents for at least as long. Labour supporters are particularly indignant that the coalition effect seemed to lose its impact so quickly – look at the embittered responses among some party members about the decision of Alistair Campbell, senior advisor in the Blair Government, to vote Lib Dem in the 2019 elections.

Perhaps the coalition question was obscured for these elections by a second factor: Brexit. The Lib Dems’ success in London and York at the European elections, and winning seats on councils like Warwick, indicate that their clarity in rejecting the referendum result – summed up in the slogan “Bollocks to Brexit” – was decisive in recruiting defectors from other parties. The potential for this was first demonstrated when the Lib Dems took the Parliamentary seat of Richmond in a 2016 by-election, but failed at the 2017 general election while the public reserved judgement on the Brexit process.

The Brexit factor is a double-edged sword. It has restored the credibility of the Lib Dems as an electoral alternative but it is a benefit shared with the Greens in England and the nationalist parties in Scotland and Wales, all of whom are staunchly anti-Brexit as well. It is also a factor vulnerable to changing circumstances and election agendas. The two Lib Dem leadership contenders have already identified the need to give thought to what the party stands for beyond Brexit.

Beyond the Protest Vote

The Liberal Democrats’ increased vote has been dismissed by opponents as a familiar “protest” phenomenon. European elections are generally seen as a vehicle for public frustration and this time it was ever more so. Anger at the inertia and perceived incompetence of the government and official opposition drove voters to smaller parties on both the Leave and Remain side of the Brexit debate. This would be a fragile basis for growth as it depends heavily on the leaderships and conduct of the main parties.

Liberal surges in past by-elections have often been based on protest votes. The party then generally failed to capitalise on the swing at the next general election. However, the 2019 Lib Dem surge doesn’t mainly look like protest voting. The local government areas in which the Lib Dems topped the poll for either the council elections or the European poll either had previous Lib Dem representation or voted “Remain” in the 2016 referendum. To that extent, the Lib Dems’ success seems to have a positive basis.

There are lessons in all this for the Lib Dems and their opponents. Labour and the Conservatives cannot take even their base vote for granted these days. They urgently need unity and clarity if they are to prevent repeats of May 2019.

The Lib Dems need to develop a profile wider than opposition to Brexit, and to practice their well-established skills for digging in where they have won new support. The party was never likely to die, but what it does with its life is less inevitable.