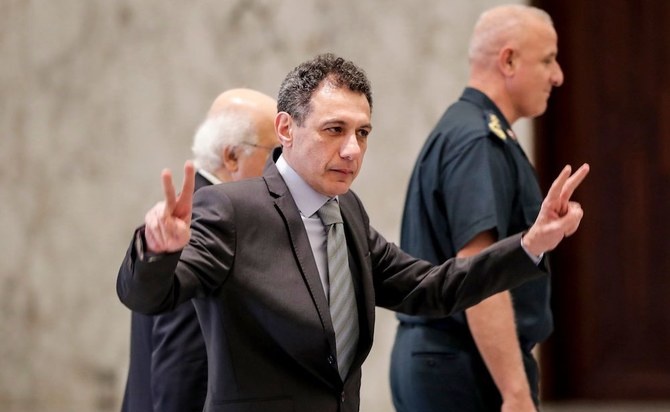 Nizar Zakka, a Lebanese national and US resident arrested in Iran in 2015, arrives in Beirut, Lebanon after his release, June 11, 2019 (Anwar Amro/AFP)

Iran has freed one of the foreign and dual nationals in its prisons, Lebanese businessman Nizar Zakka, a Lebanese national.

Judiciary spokesman Gholamhossein Esmaili said a court had “agreed to Nizar Zakka’s conditional release and he will be handed over to Lebanese authorities”.

An Iranian official said, “As per the law, those who are sentenced to up to 10 years in jail [can be freed] if they have served at least one-third of their term and shown good behavior.” Iranian State media said the release followed mediation by Lebanese President Michel Aoun.

Zakka, an information technology expert and permanent US resident, was seized in Iran in September 2015. He was sentenced in July 2016 to 10 years in prison and a $4.2 million fine for “collaborating against the state”.

His family said Zakka — the head of The Arab ICT Organization, a non-profit that advocates the growth and development of information and communications technology in the Middle East — was arrested after he participated in a conference in Tehran at the invitation of Vice President Shahindokht Molaverdi.

The judiciary official said Hezbollah regarded the IT specialist’s release as an “expedient” move.

The Trump Administration said it is “thankful” for Zakka’s release from Iranian custody, but White House Press Secretary Sarah Huckabee Sanders added, “The big question is there’s several others and we want to see those people released as well.”

Iran released five American and Iranian-American nationals in January 2016, when the 2015 nuclear deal between Tehran and the 5+1 Powers (US, UK, France, Germany, China, and Russia).

But Iranian security services detained other foreign and dual nationals before and after the agreement’s implementation.