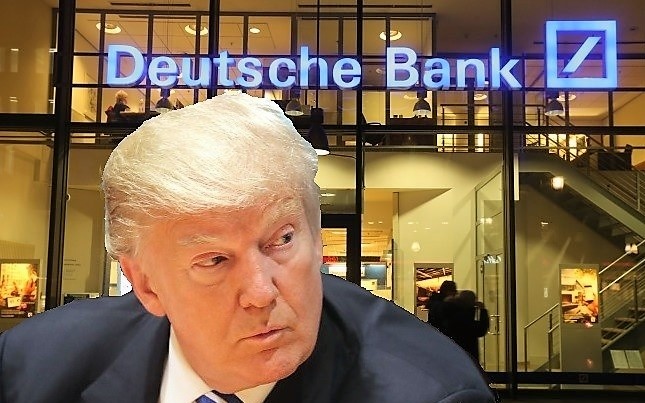 House committee subpoenas have been held up as Donald Trump appeals a court ruling over his financial records.

A federal judge rejected Trump’s request last week to block the subpoenas for his loan records from Deutsche Bank and Capital One. But Edgardo Ramos, of the US District Court in Manhattan, has agreed to stay the case during the appeal.

House committee lawyers as well as Trump’s attorneys asked the judge for the postponement while hearings on the appeal are expedited.

Earlier this month, a federal judge in Washington rejected Trump’s effort to prevent the House Oversight Committee receiving records from his accountants Mazars USA. The committee and Trump’s attorneys have also agreed to pursue that appeal quickly.

The White House and Trump’s attorneys are pursuing an all-out effort to prevent Congressional hearings on Trump-Russia links and Trump’s obstruction of justice, after the publication of the Mueller Report, as well as on Trump’s tax and business matters.has

Attorney General William Barr has refused to hand over unredacted copies of the Mueller Report to legislators and to appear before the House Judiciary Committee, risking a contempt of Congress charge. The White House has pressed key witnesses, such as former White House Counsel Donald McGahn — a key figure in Trump’s obstruction — to testify. Treasury Secretary Steven Mnuchin has blocked the provision of Trump’s tax records to the House Ways and Means Committee.

In the Deutsche Bank/Capital One loans case, Trump’s attorneys argued that information requested by the House Intelligence and Financial Services committees is too broad and would violate Trump’s privacy.

But Ramos rejected the motion for a preliminary injunction and ruled that Trump and his family “are unlikely to succeed on merits of their claims”.

Deutsche Bank was the only major financial institution which would lend to Trump after his six bankruptcies and questions over his ability to repay. The German bank provided $2.5 billion, with Trump still owing about $300 million as he ran for President in 2016.

Bank staff say that transactions in 2016 and 2017 between Trump, his son-in-law Jared Kushner, and their companies with foreign entities — some of them Russian — raised “red flags” which should have been reported to Government authorities. However, bank executives blocked any notification.

Congressional Democrats say they want to examine the loans to the Trump and Kushner businesses, particularly to see if there is any connection to money-laundering in Russia.