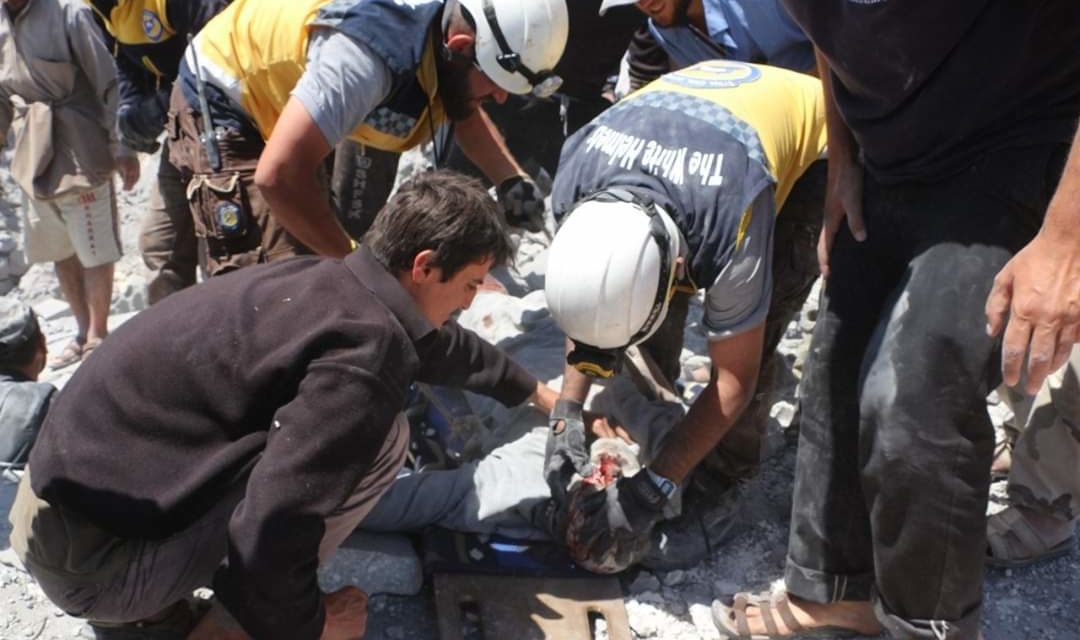 Rescuers retrieve a victim of Russia-regime attacks on Idlib Province, northwest Syria, May 28, 2019

Russian and Assad regime bombardment killed another 24 civilians in northwest Syria on Tuesday, bringing the total to at least 54 since Sunday and almost 300 since April 28.

Images, too graphic to show, were posted of slain children and the charred bodies of victims burnt to death.

Moscow and the regime escalated bombing and shelling across Idlib Province after their offensive, which began on May 6, was checked by a rebel counter-attack in neighboring northwest Hama Province.

Scores have been wounded, and more people have fled their homes, adding to an estimated 300,000 forced to camps or living under trees near the Turkish border.

Most of the victims are women and children.

More than 20 medical facilities have been attacked — the latest is Dar Al-Hakima Hospital in Kafranbel, knocked out of service. Russia and the regime are targeting crops, seeking to restrict food in the area of an estimated three million people — about 20% of Syria’s remaining population.

The Russian-regime offensive shattered a demilitarized zone declared by Russia and Turkey last September. Despite UN statements about “humanitarian crisis”, the international community has taken no action, and Turkey — despite a military presence alongside rebels since August 2016 and 12 observation posts around Idlib and northern Hama — has stood aside.

There's a good chance Russia would stop if it was faced with a robust US response, but who's gonna sweat over underclass Syrians? The world has considered these people as expendable for a decade, it's not gonna chance now.