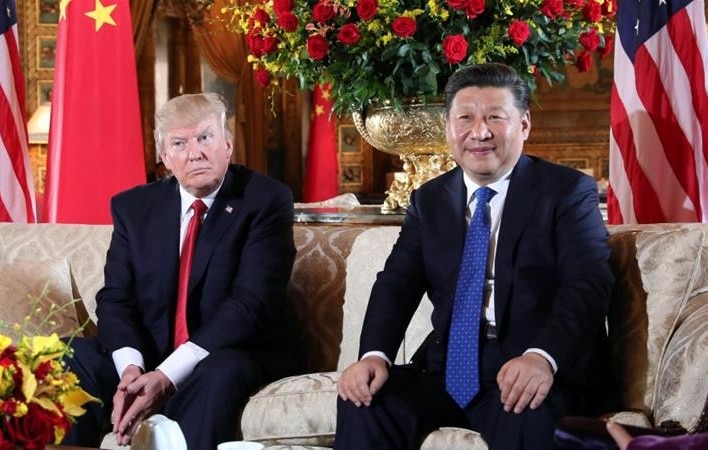 Donald Trump, pursuing a trade war with China, has further escalated the confrontation by declaring a “national emergency”.

Trump issued the declaration on Thursday, signing an executive order that expands the government’s powers to protect communications networks from foreign entities.

The immediate target of the action is China’s Huawei, a prominent company in development of 5G networks and the world’s largest telecommunications equipment maker.

Just after Trump’s order, the Commerce Department imposed a penalty making it virtually impossible for Huawei to do business with a US company.

The Bureau of Industry and Security said Huawei was added to its “Entity List” because Huawei “is engaged in activities that are contrary to U.S. national security or foreign policy interest”.

“President Trump has directed the Commerce Department to be vigilant in its protection of national security activities,” Commerce Secretary Wilbur Ross said in a statement.

US agencies have long claimed that Huawei poses a threat to the security of America and its allies, but the Trump Administration sparked the confrontation in December, issuing a request for extradition that led to Canada’s arrest of Meng Wanzhou, Huawei’s Chief Financial Officer and the daughter of the founder.

The Justice Department accused the company and Wanzhou of fraud, theft of US technology, and violation of sanctions against Iran through the provision of telecommunications equipment.

Huawei’s finance chief, detained in Canada since December, has written to the company’s 188,000 employees to thank them for support she says has filled her “with power”.

Wanzhou is awaiting a hearing on extradition. She wrote Huawei employees earlier this week:

“Every time a court hearing has finished, I have seen Huawei employees staying up all night just to follow my case in distant time zones. This has brought me to tears.”

The Trump Administration stepped up the trade war with China last week, after Beijing sought revisions to a negotiating text for a trade agreement.

On Friday, Trump raised tariffs from 10% to 25% on $200 billion of Chinese products, and threatened to imposed duties on the remaining $325 billion of Beijing’s imports.

The punishment failed to extract Chinese concessions. Trade talks in Washington ended without an advance, and Beijing announced retaliatory tariffs on $60 billion of US products.

The battle began last June with Trump’s announcement of charges on $50 billion of Beijing’s goods, later adding another $200 billion. China put duties on $115 billion of US products, covering all American exports.

Trump and his advisors are pursuing the campaign despite costs to American businesses, consumers, and agricultural producers. Soybean production — where China is by far the largest US customer — has been almost wiped out, and farmers of other crops and livestock, from corn to pork, are warning that they may have to shut down.

Trump and Chinese leader Xi Jinping plan to meet on the sidelines of the G20 summit in Japan next month.

Last year Xi requested that Trump remove another major Chinese firm, ZTE, from the “Entities List”, which forces a company and its affiliates to obtain a U.S. government license to buy American technology.

The Chinese said the listing threatened the existence of ZTE, with a loss of 75,000 jobs. Trump said he would intervene as a favor to Xi, and after several weeks of discussions, the US restrictions were eased.

But with the US charges against Wanzhou, Huawei would likely have to pay civil and criminal penalties before any hope of removal from the list.

The listing means Google is barred from exporting its Android operating system to Huawei without a waiver from the Commerce Department. The chips in the phones are made by US companies, which now need exemptions to sell to Huawei.