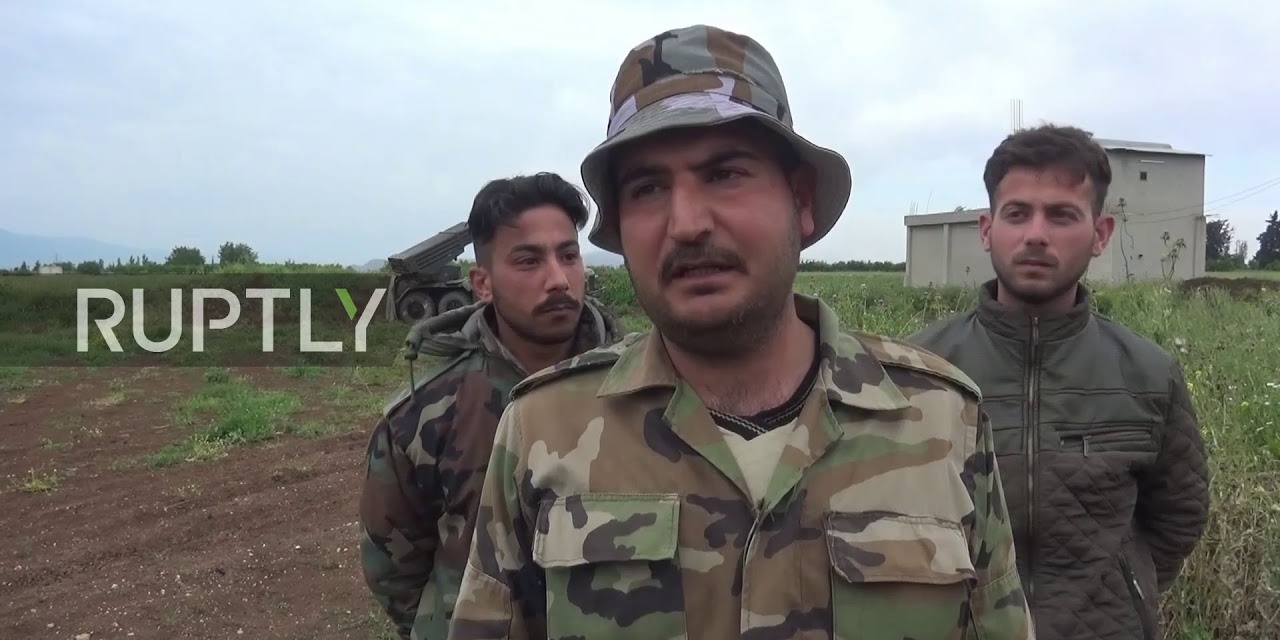 Pro-Assad sites are proclaiming a resumption of the Russia-regime offensive to retake part of northwest Syria, only 24 hours after the Russian military announced a pause in the attack.

The Al Masdar blog, which often claims information from regime military sources, says the offensive will seek to reoccupy the al-Ghab Plain in northern Hama Province.

The offensive, which began on May 6 and shattered a demilitarized zone declared by Russia and Turkey last September, has captured several towns in northwest Hama. Russian airstrikes have enabled pro-Assad forces and militias to advance, while both Moscow and regime warplanes have bombed neighboring Idlib Province.

Al Masdar points to a possible reason for Sunday’s announcement from the Russian Center for “Reconciliation” in Syria, saying that the mountaintop town of Kabani — adjacent to the al-Ghab in northeast Latakia Province — will have to be recaptured to ensure success of operations in the Plain.

Regime troops have tried and failed three times to move into Kabani, suffering heavy losses. The town’s position makes it difficult for Russia to carry out the aerial attacks needed to support a ground assault.

Pro-opposition activist Qalaat al-Mudiq, a leading observer of the military operations, reported a new attempt on Monday night by pro-Assad forces to advance. He said incendiary munitions were used in the bombardment.

No airstrikes were reported on Idlib Province, after Sunday’s raid by Russian warplanes that killed at least 10 civilians — including five children and two women — in the town of Kafranbel.

Hundreds of civilians have been killed in the past three months. The UN said last week that up to 160 were slain since late April, with another 180,000 people displaced and at least 18 medical facilities destroyed or damaged.

The UN estimates 3 million people — about 20% of Syria’s remaining population — live in Idlib and northern Hama Provinces. Many of them have been displaced by pro-Assad assaults and forced transfers from other parts of the country.