“America, You Ain’t Got Obi-Wan No More”: Star Wars and US Foreign Policy Today 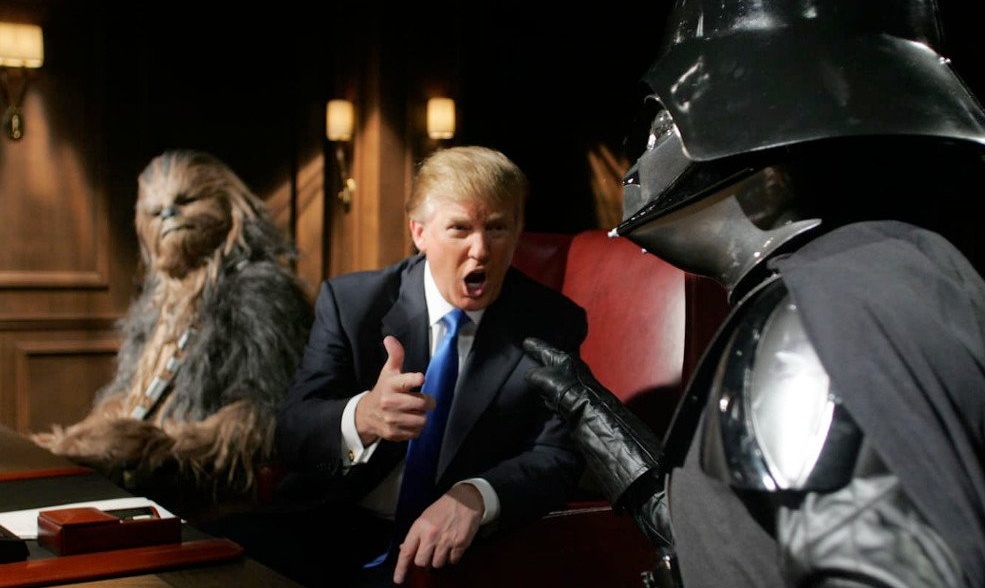 Donald Trump with Chewbacca and Darth Vader in 2005

As part of the University of Birmingham’s commemoration of May the 4th, I offered a few thoughts on what Luke, Han, Leia, and Obi-Wan could tell us about US foreign policy today.

Except “You Ain’t Got Obi-Wan No More”. So it might be up to the rest of us to figure out where and who the Death Star is in 2019….

What Star Wars was about was that idea of values, that we are fighting something beyond each of us — not just survival but also decency and good against those who would blow up planets, who would force peoples into submission, who would try to control entire galaxies….

In the darkest time, we couldn’t let go of those values.

American foreign policy is currently led by an individual who, if he ever pays lip service to freedom and democracy, it’s a throw-away line. He is not guided by defending a democracy or a system — he’s there for personal gain….

Obi-Wan’s dead. Doesn’t mean we give up. We hang on to our values. Our enemy is not the Death Star. Our enemy, or at least our challenge, is someone closer to us.

We’re gonna have to find our own Obi-Wans. May the Force Be With Us.