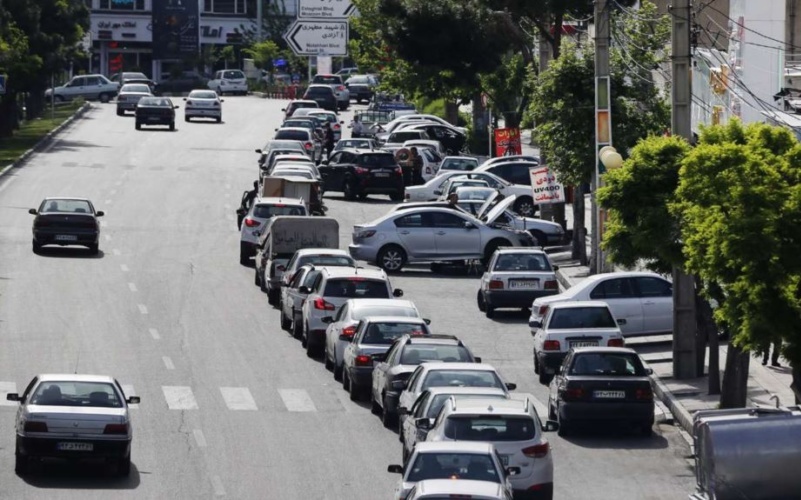 Iranians queue for petrol after report that heavily-subsidized gasoline will be sanctioned, May 1, 2019

Iran’s 1st Vice President has revealed that the Rouhani Government is considering the rationing of goods and commodities amid serious economic problems and US sanctions.

There has been chatter about rationing for months, and Parliament has included an article in its budget bill that essential goods can be distributed among the people through electronic vouchers.

But Esh’aq Jahangiri’s comments are the most extensive on the possibility. He said on Saturday, “We might be forced to ration some goods and reintroduce vouchers for distributing them.”

Rationing was last used in the Islamic Republic during and after the 1980-1988 war with Iraq.

Jahangiri cushioned the remarks by saying some economic experts and businesses are against the vouchers, concerned it will lead to more government interference in Iran’s markets:

They believe that in our current difficult situation rationing goods is not only irrational, but more open [competition] is necessary.

They also believe that, instead of rationing goods, the indirect government subsidies should be eliminated and directly paid to the people along with the cash monthly subsidies they currently receive.

However, the challenge of reducing subsidies was highlighted last week when reports circulated that gasoline, at the heavily-subsidized price of 20 cents per gallon, would be restricted 16 gallons per month for each driver. Long queues immediately formed at petrol stations in Tehran and other cities, pushing Government officials to say the news was incorrect.

Iran Daily, May 2: Queues Amid Reports of Petrol Rationing

The Government budget is under pressure because of a fall in oil exports by almost 60% since April 2018. There could be further reductions this month as the US ends sanctions waivers for Iran’s top customers such as China, India, South Korea, Japan, and Turkey.

Inflation, which had been brought down from more than 40% to single digits by the Rouhani Government, has resurged to about 50%, with price spikes higher for some items such as bread. Production and investment, already under strain because of structural issues, have been further hindered by the comprehensive US sanctions introduced last November.

The Iranian rial, which lost 75% of its value last year before a limited recovery, has slipped to its lowest point in months. On Sunday, it stood at 149,000:1 v. the US dollar.