Iran Daily: Regime Stages Rallies to Challenge US and Europe 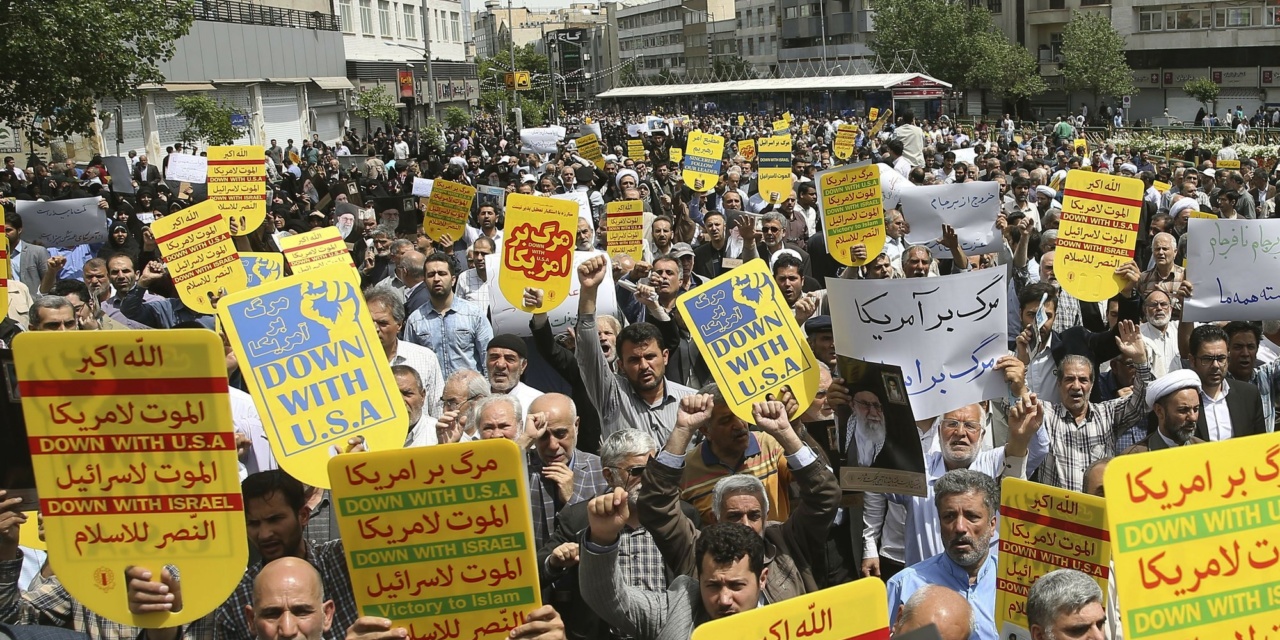 Iran’s regime staged rallies on Friday to back its suspension of parts of the 2015 nuclear deal, in response to expanding US sanctions and an American show of military power.

The rallies backed Wednesday’s announcement by President Hassan Rouhani indicating Iran will resume enrichment of 20% uranium, which it had halted under the agreement with the 5+1 Powers (US, UK, France, Germany, China, and Russia). The regime is also reportedly going to resume construction of the Arak heavy-water reactor, stopped because its plutonium by-product could be used in a military nuclear program.

Rouhani gave the 5+1 Powers a 60-day deadline to counter American pressure on Iran.

“America should know, sanctions have no effect!” chanted the protesters in footage shown by State TV.

The marches also issued a challenge to European powers, with the regime warning that Iran will fully withdraw from the Joint Comprehensive Plan of Action if the Europeans do not challenge American sanctions and complete an essential economic link with Tehran.

“No Talks With Americans”

In the past month the US, which withdrew from the agreement in May 2018 and imposed comprehensive sanctions in November, has declared the Revolutionary Guards a “foreign terrorist organization” and halted sanctions waivers for Iran’s leading oil customers.

The US has also deployed a carrier strike force, led by the USS Abraham Lincoln and including bombers, to the Persian Gulf. More bombers have been stationed in Qatar.

“No talks will be held with the Americans, and the Americans will not dare take military action against us. Our nation … sees America as unreliable.”

Donald Trump had said on Thursday that Iran’s leaders should speak with him about Tehran’s nuclear program.

Isfahan Friday Prayer leader Ayatollah Tabatabai-Nejad went farther in the warning to the US:

“Their billion [dollar] fleet can be destroyed with one missile.

If they attempt any move, they will…[face] dozens of missiles because at that time officials won’t be in charge to act cautiously, but instead things will be in the hands of our beloved [Supreme] Leader.”