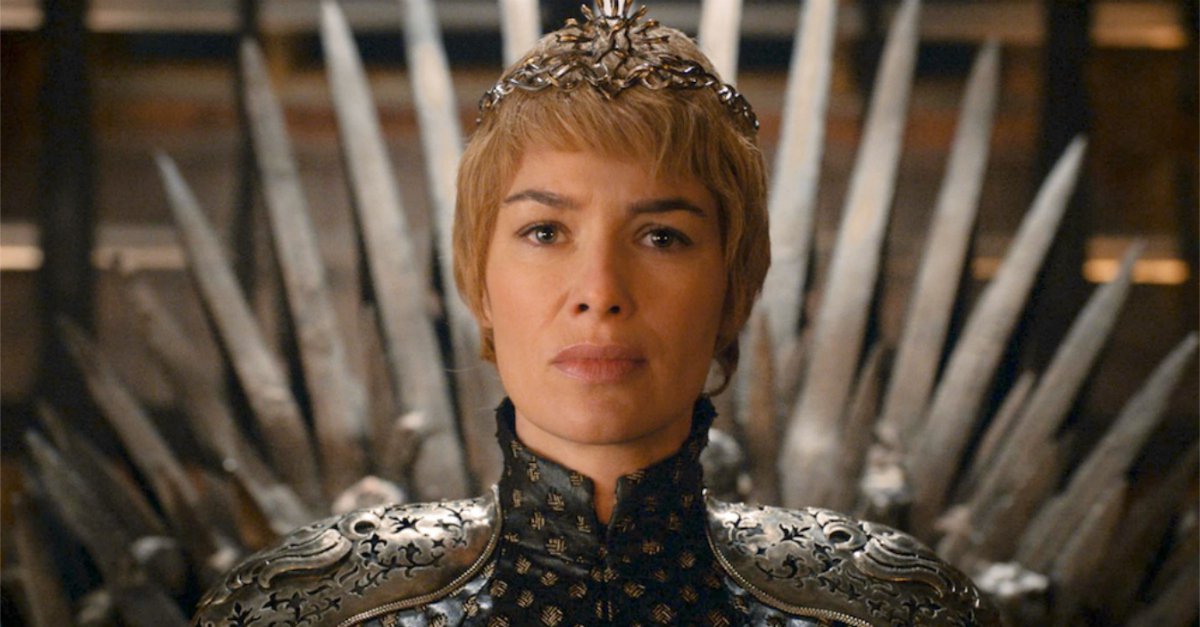 Cersei Lannister: What can Games of Thrones offer us about motherhood and feminism?

Editor’s Note: Games of Thrones may have finished, but debates about its significance continue. Writing for EA, Paul Jackson has considered the politics of the series and, after her insight into the “damaged masculinity” of its leading men, Louise Coopey turns to the women.

In Game of Thrones’ continent of Westeros, the figure of the mother — one of the Seven New Gods — represents mercy and peace.

That is ironic given that the mothers in the TV series are concerned with neither. At least, not until it suits their own personal agendas.

In Westeros, tradition and the attitudes of alpha males like King Robert Baratheon and Tywin Lannister dictated that strict gender roles were implemented, positioning women firmly within the domestic sphere, running the household and raising the children.

But that mythological form of motherhood is unsustainable. If the show puts emphasis on family values, the pressure on women often brings toxic outcomes.

Game of Thrones has only seven living mothers, and all of them are tainted with the toxicity that emerges out of the unsustainable version of motherhood that is imposed upon them. Only one, Melessa Tarly, embraces traditional motherhood willingly, and she is constrained by patriarchy: she is forced to watch on as her husband drives her son Sam away from the family home.

And the six others? Instead of being the docile and doting mothers that Westerosi society expects, the mothers are powerful and problematic warrior women who have done unimaginable things for and to their family.

In the first episode, Daenerys Targaryen is sold by her brother, Viserys, to the Dothraki Khal Drogo to perpetuate his lineage, in exchange for help to claim the Iron Throne. Later, Catelyn Stark and Cersei Lannister speak of their arranged marriages to Ned Stark and Robert Baratheon, to unite their houses and reinforce the link with children. So far, so typical.

The the idealized version of motherhood, imposed by patriarchal society,

Having given birth to three children by her twin Jaime and masquerading them as her husband’s heirs, Cersei indirectly contributes to their deaths. Until Season 4, she is the protective but counter-productive mother. She is indulgent with Joffrey, refusing to set boundaries and catering for his every whim. She loses control of his behavior before his power as king lends him license to pursue his sadistic pleasures independently of her — until he is killed by the hand of his grandmother Olenna Tyrell.

Cersei’s quest for revenge for Joffrey’s death only leads to the death of her daughter, Myrcella, at the hands of Ellaria Sand. Finally, her determination to eradicate all of her enemies with wildfyre blow ups the Sept of Baelor: her sole remaining child, Tommen, walks out of a window after his mother effectively murdered his wife.

Cersei links motherhood to weakness when talking to Sansa:

The more people you love, the weaker you are. You’ll do things for them that you know you shouldn’t do. You’ll act the fool to make them happy, to keep them safe. Love no one but your children; on that front a mother has no choice.

Only when her children are dead is Cersei free from the shackles of unsustainable motherhood, taking power for herself. To challenge the patriarchy, she has to shrug off all of its institutions and influences.

Conversely, Daenerys is only able to challenge the patriarchy because she is a mother. In an equally unsustainable maternal form, she “gives birth” to three dragons in Khal Drogo’s funeral pyre. This redefines her identity, positioning her as a fundamentally damaged but powerful Mother of Dragons. Her power is invested in her children and, like Cersei, is channeled through them. Instead of Daenrys being their protector, they rapidly become hers.

There is another type of mother in Westeros: the absent one. Lyanna Stark, Rhaella Targaryen and Joanna Lannister all died in childbirth with Jon Snow, Daenerys, and Tyrion respectively. Gendry can barely remember his yellow-haired mother. The Stark children have to learn hard lessons in the absence of Catelyn after her murder at the Red Wedding murder.

The absent mother is as much a symbol of instability as her living counterpart. She is unable to mitigate the impact of patriarchy on her child and to prevent the damage that occurs as a result.

Finally, the most uncomplicated and yet problematic mother in the show challenges the very foundation of motherhood. That mother is The Night King.

The obvious argument is that he is male, but gender binaries are a site of transgression for Game of Thrones. So it is The Night King who gives birth to zombie children, subverting one of the essential norms associated with motherhood. He raises his offspring from the dead and yet sacrifices them for his own benefit.

This is the epitome of unstable, toxic motherhood, providing a direct threat to society from the outside whilst the other mothers do so from within.

Mothers survive — as their children die — if they are toxic like Cersei, damaged like Dany, or contained like Melessa. But, as befits its status as breakthrough TV, Game of Thrones has one more twist.

Far from being a denigration of women, the series’ portrayal of motherhood is a pointer to progress and even liberation.

Even amid the rise of women, the artificial stability of motherhood is designed specifically for the preservation of masculine power structures. Consequently, motherhood is not sustainable on men’s terms.

But what if women were able to reinvent motherhood on their own terms?

Then that peace and mercy exalted in Westeros’ Seven New Gods may eventually be on their list of priorities.