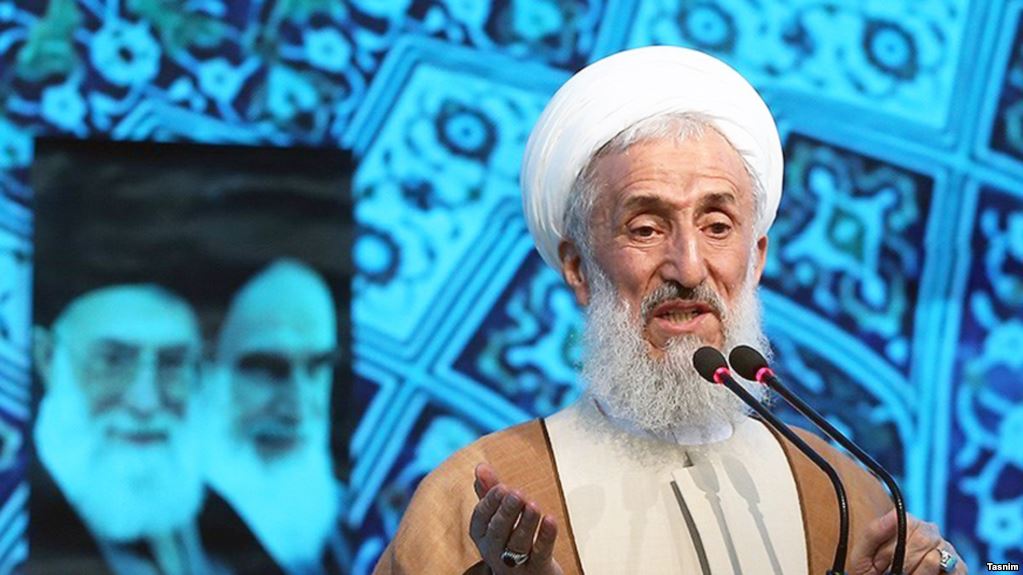 The Tehran Friday Prayer leader has welcomed US sanctions and devastating floods across Iran.

Ayatollah Kazem Seddiqi (pictured) said yesterday that Iranians should see the sanctions, escalated from November with restrictions on energy and financial sectors, as a test from God:

Don’t you have a God? Isn’t your daily bread provided through divine storage?

The Trump Administration’s sanctions, following withdrawal from the 2015 nuclear deal last May, have compounded long-standing internal problems with Iran’s economy. Oil exports are down 60%; production, trade, and investment have been hindered; unemployment, especially among youth, is rising; and inflation has resurged from single digits to almost 40%, with the Iranian currency down 65% since the start of 2018.

But the Supreme Leader has enjoined Iranians to endure the situation, calling this Iranian year one of “Pick-Up in Production”.

Seddiqi continued his embrace of the economic difficulties by comparing them to the pain of pregnancy and labor: “Its outcome is a new birth.”

The cleric described the floods of the past month as a “divine blessing”.

Seddiqi continued the denunciation of Europe following the failure to establish a vital link to prop up Iran’s economy.

While the US animosity against Iran is evident, the Europeans are also practicing in the deception scenario targeting the country’s senior officials today.

The cleric that, at times of difficulty, Europe will pull “the rug from under our feet”.

In early February, the European Union launched a limited Special Purpose Vehicle for non-dollar trade in Iranian oil and other commodities and goods, but Iranian officials have rejected the initiative as too restricted and with “humiliating conditions” such as criticism of Iran’s missile program and actions in Europe and the Middle East.

On Wednesday, the Supreme Leader derided France — which has pressed Tehran over the missile issue — as a “dictatorship”.