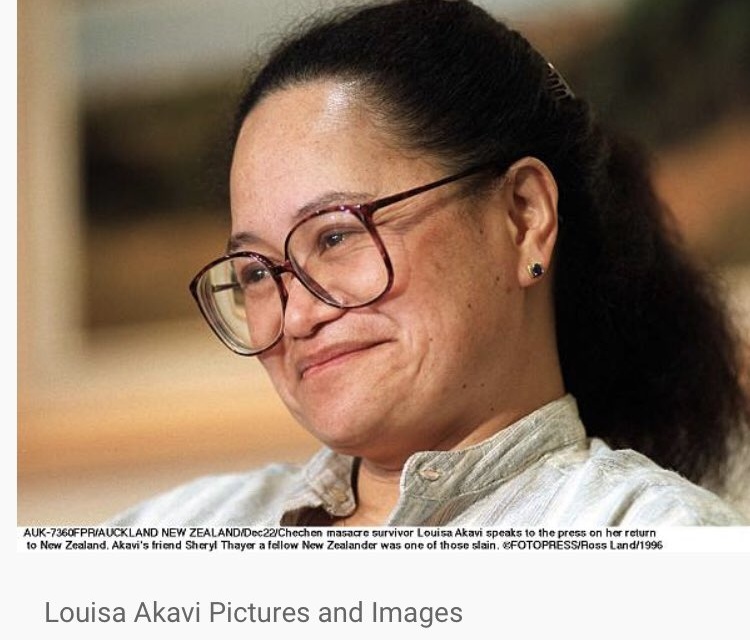 The Red Cross appealed on Sunday for information on the whereabouts of three staff abducted in Syria in October 2013.

In its first statement on the situation, the agency spoke about Louisa Akavi (pictured), a nurse from New Zealand, and Syrian drivers Alaa Rajab and Nabil Bakdounes. They were taken from a convoy and believed to have been held by the Islamic State.

With ISIS losing its last major territory in Syria last month, information is being sought on those who were captives of the group.

The three workers were traveling in a Red Cross convoy delivering supplies to medical facilities in Idlib Province in northwest Syria when it was stopped by armed men. Four other people were released the next day.

We call on anyone with information to please come forward. If our colleagues are still being held, we call for their immediate and unconditional release.

Our latest credible information indicates that Louisa was alive in late 2018. [We have] never been able to learn more details about Alaa and Nabil, and their fate is not known.

Akavi, 62, joined the Red Cross and has worked in Afghanistan, Bosnia, Iraq, Somalia, and Sri Lanka. She survived a 1996 attack on the Red Cross compound in Chechnya, in which six colleagues were killed.

Her captivity is the longest in the agency’s 156-year history.

New Zealand Foreign Minister Winston Peters said a non-combat team including special operations personnel, based in Iraq, has been deployed for locating Louisa and identifying opportunities to recover her”.

Journalists knew of the abduction soon after it occurred, but the Red Cross asked for no details to be published amid negotiations for release.

Akavi was initially held in a cell with US aid worker Kayla Mueller, killed in an airstrike in February 2015, according to ISIS. In the next cell were James Foley — an American journalist beheaded by the Islamic State in August 2014 — British journalist John Cantlie, and other Western men.

ISIS initially asked for €1 million, then €20 million before dropping the demand to €5 million. The Red Cross, with a no-ransom policy, would not pay and the Islamic State cut off contact in late 2014.

In 2017, displaced people from Islamic State territory told the Red Cross that they had seen Akavi working as a nurse in ISIS-run clinics. As US-supported, Kurdish-led forces moved in, the nurse was moved to Raqqa in 2017 and, when ISIS lost the city, to al-Bukamal near the Iraq border in late 2018.

12. Yves Daccord, the director general of the Red Cross told Adam and I that escapees have seen her in Mayadeen, in Raqqa and most recently in December 2018 in Susah, one of the last villages under ISIS rule.