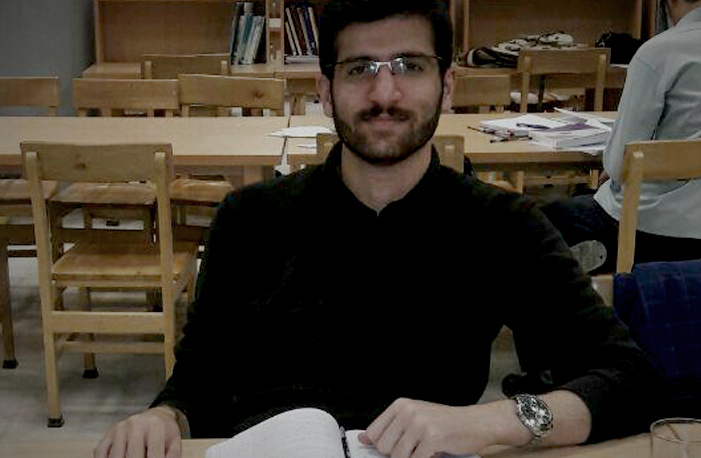 University student Mojtaba Dadashi, given 3 years in prison and 74 lashes (Center for Human Rights in Iran)

University student Mojtaba Dadashi has been given a three-year prison sentence in Iran for sharing a video on Twitter and the messaging app Telegram.

Dadashi, 23, was also condemned to 74 lashes for the video in which he criticized the Iranian system as as “un-Islamic”.

A “source with detailed knowledge” said Dadashi was sentenced in a closed trial for “insulting the Supreme Leader”, “propaganda against the state”, and “insulting the heads of the three branches of state”. The source said the student had no lawyer because he thought he would be acquitted after reading out a statement. Professors with Dadashi were not allowed in the court.

Dadashi was in the last semester of an undergraduate degree in political science when he was arrested on February 13, nine days after he posted the video. He said in the footage, later deleted:

This regime is neither Islamic, nor a republic, nor revolutionary. This regime is ruled by a minority that has sucked the blood out of this country for 40 years.

On April 3, the day he was informed of the verdict, Dadashi posted another video condemning his sentence as a blow against “freedom and justice”:

I am being treated in the worst way even though in a speech in Mashhad on March 21, Mr. Khamenei said opponents of the state are free to speak and no one will bother them.

I invite Mr. Khamenei and all the other top officials of the country to an open debate… I’m certain that the people will run out of patience. My back is ready for your whip.

The source close to Dadashi said he would not appeal “to protest against the unjust judicial process”.

Today, the people of Iran face a myriad of challenges. Many have voiced their concern through protests, demonstrations, and strikes. People from diverse sections of society — from truck drivers to teachers to factory workers — across the country have protested.

It is in this context of increased challenges that concerns are mounting about human rights, including the rights to freedom of peaceful assembly and to association in Iran.