EA on BBC: The Politics Around The Arrest of Julian Assange 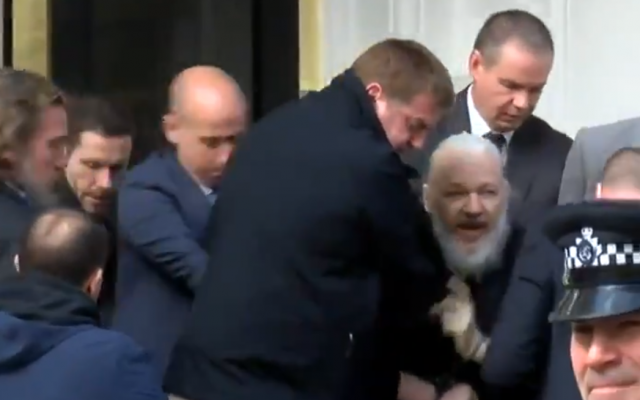 I joined BBC Radio 5 Live on Thursday to discuss the politics around the arrest of Julian Assange, the founder of WikiLeaks.

Assange was taken by UK police yesterday morning after Ecuador, whose London Embassy had sheltered him for seven years, withdrew sanctuary. He was found guilty of skipping bail in 2012, avoiding a hearing on extradition to Sweden to face sexual assault charges. The US has made an extradition request, seeking a sentence of up to 5 years over the hacking of US Government computers.

The discussion considers the international implications, including the American pursuit of Assange and the possibility that charges may be refiled in Sweden.

The UK Government and the US are careful to keep the arrest on a legal basis, with the charge trying to separate Assange from journalism and the free press.

But this will be political. Defenders of Assange will say he kept Governments accountable by producing information about actions such as those of the US in Iraq and Afghanistan — the Assange of 2019.

But those who are critical will point to the Assange of 2019: “Here is a man who did not hold Governments accountable but, as in the case of Russia, may have assisted them to interfere in the affairs of other countries.