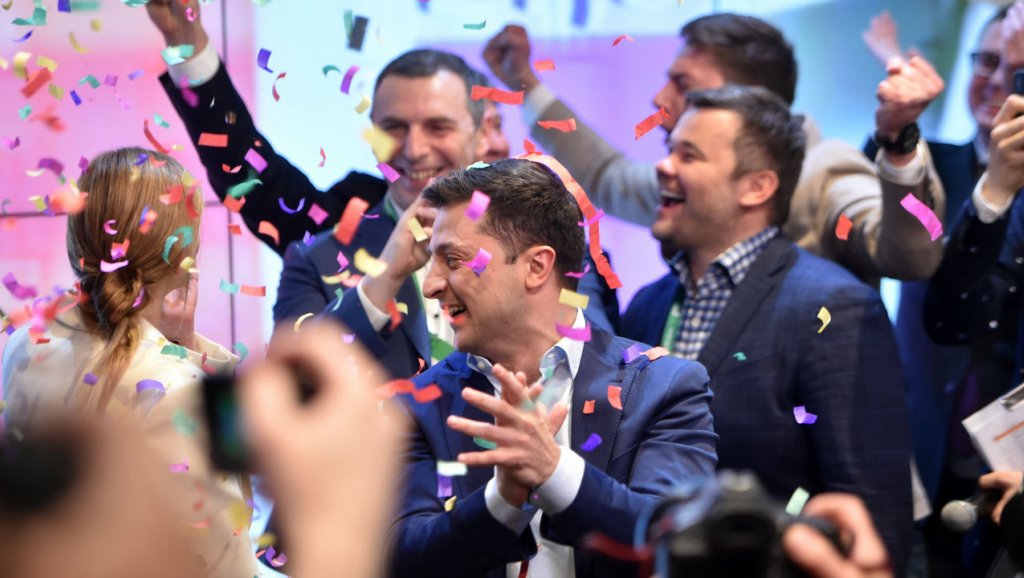 Later on Tuesday, I spoke further with talkRADIO’s Penny Smith about Volodymyr Zelenskiy’s victory in Ukraine, talking about the significance and challenges for the country.

We also go beyond Kiev to look at what the “outsider”-as-President trend says about the state of political parties and democracy in other nations.

Zelenskiy’s campaign has galvanized international attention as the latest victory by an outsider against the political elite. He was best-known for playing a teacher who unexpectedly becomes the President.

Significantly, the catalyst in that story is a student’s essay on corruption, the focus in the real campaign. Five years after the Maidan Square uprising that forced out Russian-backed Viktor Yanukovych over the issue, what can the newcomer do to address the long-standing problem?

And how will Zelenskiy deal with Russia’s annexation of Crimea, encouragement of separatism in eastern Ukraine, and seizure of Ukrainian ships and sailors last November?

I talk through the situation with talkRADIO’s John Nicolson.