EA on BBC: A Trump State Visit to UK — Why Now? 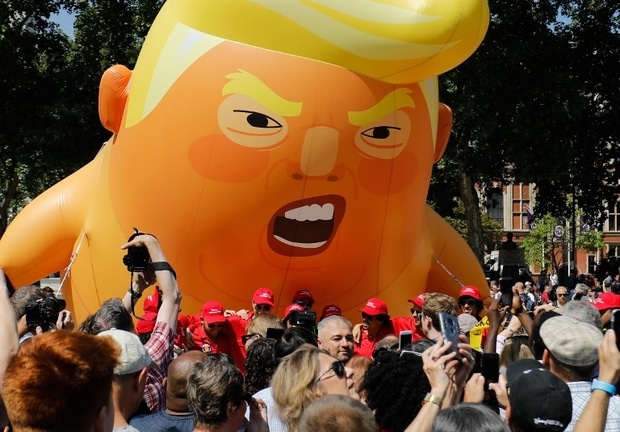 The “Trump Baby” balloon, prepared for Donald Trump’s visit to the UK in July 2018

David Dunn of the University of Birmingham also spoke with BBC outlets about the Trump State visit and the likely mass protests.

The whole point with State visits is that both sides profit from them, but with Trump you never know how it’s going to go.

Trump has a very fragile ego and he can’t cope with any form of criticism — he wants to be loved. He responds badly to any type of protests.

There is a danger that rather than strengthening the relationship between the US and UK, it may sour relations.

Following White House confirmation of the invitation for Donald Trump’s State visit to the UK, I spoke with BBC 3 Counties Radio about the complications and likely mass protests.

Listen to Discussion from 35:30

But in a chat with BBC Coventry, I never get to the discussion of the visit after the presenter is unsettled by my explanation of Trump’s policies and behavior, including links with Russia.

The White House is about to announce a State visit by Donald Trump to the UK in June, according to BBC correspondent Jon Sopel.

Since December, there has been chatter of Trump getting his long-delayed pomp and circumstance after British Prime Minister Theresa May issued the invitation but then backed away amid Trump’s erratic, provocative, and damaging behavior.

So why give Trump — who made an official but not State visit last July — the full ceremony, especially after he and his advisors undercut May and supported her rival Boris Johnson?

And, although the visit would follow European ceremonies for the 75th anniversary of D-Day, why time it in the midst of the UK’s Brexit turmoil?