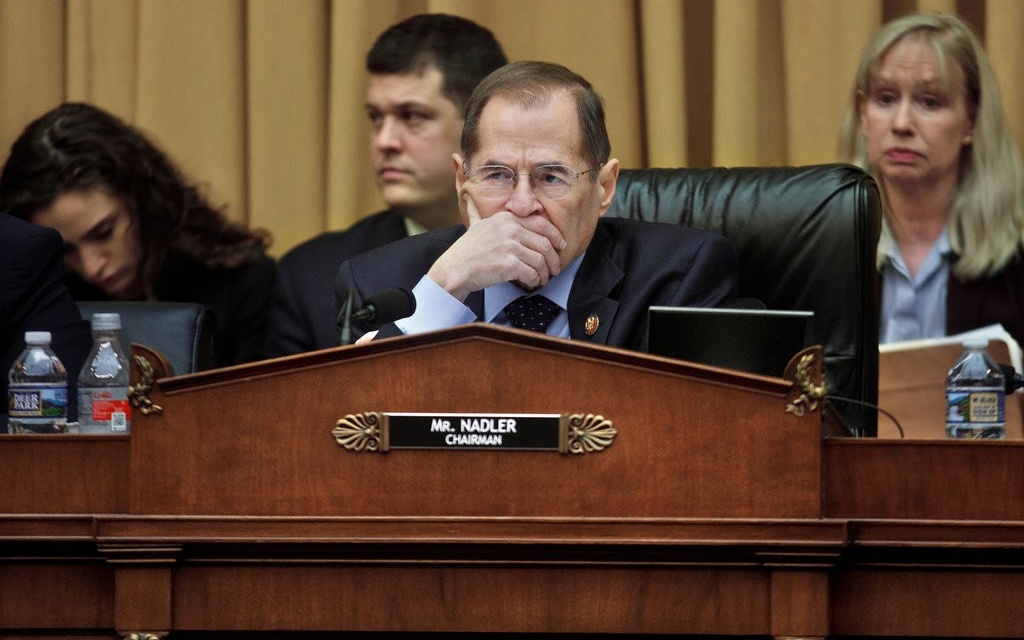 The House Judiciary Committee has launched a detailed inquiry into alleged corruption of Donald Trump and his associates, issuing 81 subpoenas to individuals and entities connected with Trump.

Jerry Nadler, the Democrat chair of the committee, indicated on Sunday that the subpoenas would be issued to “present the case to the American people about obstruction of justice, about corruption and abuse of power”.

A significant investigation was held up in the first two years of the Trump Administration by Republican control of the committee. Democrats gained a majority in January after success in last November’s mid-term elections.

The House Intelligence and Oversight Committees are also launching inquiries, with an agitated Trump complaining on Sunday of “Presidential Harassment by ‘crazed’ Democrats”.

In testimony to the House Oversight Committee, Trump’s former long-time lawyer and fixer Michael Cohen said he could not give detailed remarks because of investigations by federal and state prosecutors. However, he pointed to possible tax and insurance fraud by Trump and the Trump Organization, and suggested that the committee should obtain Trump’s tax returns and interview Alan Weisselberg, the Organization’s Chief Financial Officer; Donald Trump Jr.; and Ivanka Trump.

Subpoenas were also sent to Trump’s closest family members and aides, covering Trump-Russia ties and Trump’s alleged payoff of adult film star Stormy Daniels just before the 2016 election, to silence her over a 2006 sexual encounter.

Nadler said on Monday that the House is no longer content to await the findings of Special Counsel Robert Mueller:

We will act quickly to gather this information, assess the evidence and follow the facts where they lead with full transparency with the American people. This is a critical time for our nation, and we have a responsibility to investigate these matters and hold hearings for the public to have all the facts. That is exactly what we intend to do.

On Monday evening, White House Press Secretary Sarah Huckabee Sanders said the inquiry is “disgraceful and abusive”: “The Democrats are not after the truth. They are after the President.”

While Trump and his aides said publicly that they will cooperate with Congressional oversight and review Nadler’s request, they privately rejected the inquiry as overreach.

The White House has added more than a dozen lawyers to the Counsel’s Office this year.

After a Twitter blast on Sunday, Trump spent Monday retweeting messages from his friend Fox TV polemicist Sean Hannity, former White House Press Secretary Ari Fleischer, and Devin Nunes, the Republican chair of the House Intelligence Committee in 2017 who collaborated with the White House to curb an investigation.