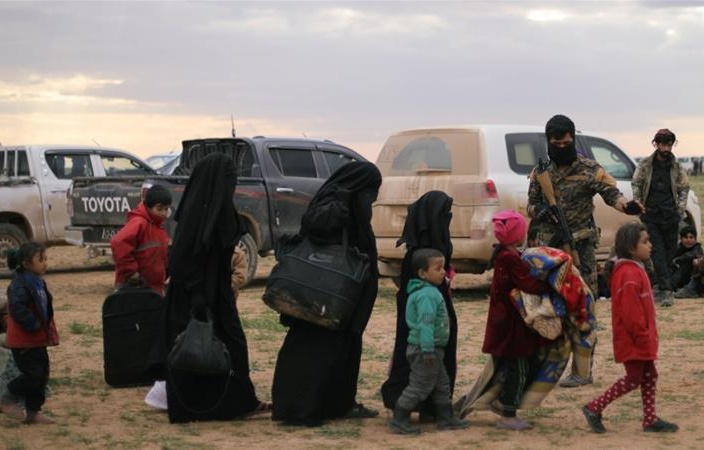 An SDF spokesman said on Tuesday that more than 6,500 people, mostly civilians, were evacuated from Baghouz near the Iraqi border in the past day.

The Kurdish-led force has pursued an offensive for months to remove ISIS from villages east of the Euphrates River. It said on Monday that the assault on the Baghouz pocket, believed to be about half a square kilometer, was slowed because some civilians were still trapped.

For the second consecutive day our forces had succeeded in evacuating more than 3,500 between women, children and men. There were more than 500 men mostly from foreign nationalities.

He said hundreds of fighters were among those who fled. SDF officials also said it is difficult to estimate how many people were left in the enclave.

Evacuees, mostly women and children, are waiting to be sent to the al-Hol camp in Hasakah Province in northeast Syria.

The UN said last week that at least 84 people, 2/3rds of them young children, have died since December on their way to al-Hol. The overcrowded camp now holds at least 45,000 people, many who arrived exhausted, hungry, and sick.

The Islamic State is still present in the Syrian desert to the west, but is surrounded by pro-Assad forces.