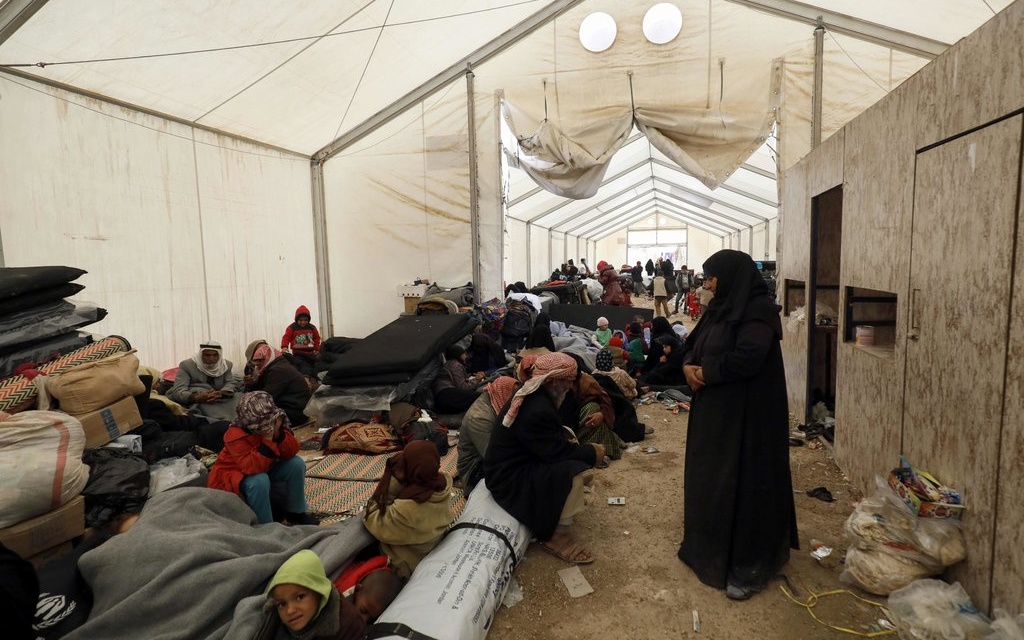 Displaced Syrians in a tent in the Al Hol camp in northeastern Syria, December 2018 (Delil Souleiman/AFP/Getty)

At least 29 children have died from freezing conditions in a camp for displaced persons in northeast Syria.

The children are among victims of hypothermia and malnourishment in the al-Hol camp in Deir ez-Zor Province. The number of displaced in the camp has tripled in two months to 33,000, as the US-backed, Kurdish-led Syrian Democratic Forces try to remove the last Islamic State enclave in Syria.

The UN refugee agency UNHCR said on Friday that it asked the SDF two weeks to designate a transit site en route to a camp, so assistance can be provided. But the SDF has not responded.

The UNHCR said SDF personnel have confiscated identity documents and restricted the movement of displaced people in camps.

The humanitarian situation in this part of Syria is critical right now. That’s why we are appealing for the safety of civilians, their ability to move out of the conflict zone, to be aided and provided with basic shelter and life-saving assistance….

Little or no assistance is provided en route to the hungry and cold people, the vast majority of whom are women and children.

Elizabeth Hoff, the World Health Organization representative in Syria, added, “The situation in Al-Hol camp is heartbreaking. Children are dying from hypothermia as their families flee to safety.”

The WHO said many displaced had walked for days or traveled in open trucks, arriving malnourished and exhausted following “years of deprivation” under ISIS control. Thousands “have been forced to spend several nights in the camp’s open-air reception and screening areas, without tents, blankets or heating”.

The organization said teams are working around the clock in the camp to screen new arrivals, provide vaccinations, and refer severely malnourished children to a hospital in the city of Hasakah.

But it noted, “Humanitarian access to the camp and surrounding roads is hampered by bureaucratic obstacles and security constraints.”