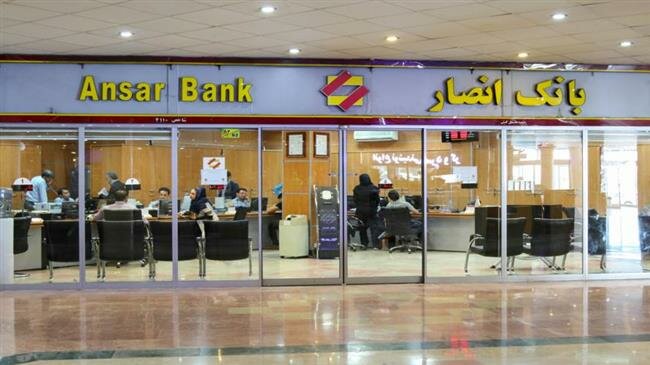 Ansar Bank, accused by the US of funding Iran’s Revolutionary Guards

The US has imposed new sanctions on Iran, targeting the funds of the Revolutionary Guards.

The Treasury blacklisted 25 people and organizations in Iran, Turkey, and the UAE. It said they were part of front companies working on behalf of the Revolutionary Guards Corps and the Defense Ministry.

The targets include financial institutions such as Ansar Bank, Atlas Exchange, and the Iranian Atlas Company.

Brian Hook, the US Special Envoy for Iran, said, “We are exposing an extensive network that was established by the Iranian regime to evade American sanctions. With this action today we are increasing our pressure even further on the Iranian regime.”

Hook said Ansar is “the banker” of the Revolutionary Guards and its overseas branch, the Quds Force, paying the salaries of staff and Iranian-led foreign militias in Syria. He claimed Ansar’s front companies had raised $800 million over the last 18 months for the purchase of military vehicles and for operations in Iran and abroad.

Ansar responded on Wednesday, “The excuses mentioned, including Ansar Bank’s connection with overseas networks in Turkey and the UAE, and the names of certain unrelated natural and legal persons cited are sheer delusions and lies, and all such claims are hence rejected.”

Earlier this month the Rouhani Government said it would merge four military-related banks, including Ansar, as it tries to regulate the Revolutionary Guards’ stake in the troubled Iranian economy.

The four banks will be brought into Iran’s leading financial instituation, Bank Sepah, in what is described as “a stable and more efficient single bank to provide better services to the families of the armed forces and the general public”.