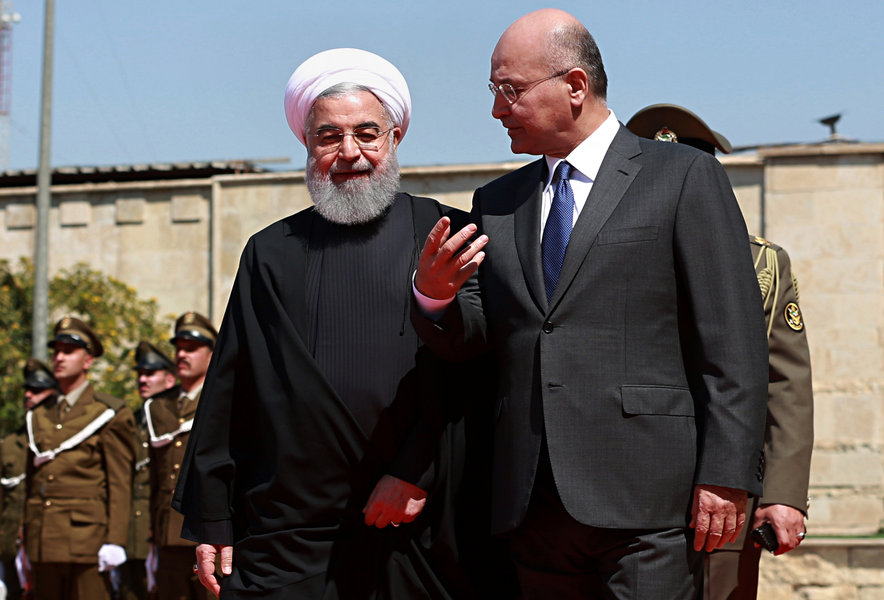 With Iran trying to break the economic pressure and isolation of US sanctions, President Hassan Rouhani has proclaimed a “turning point” in “strategic” cooperation with his three-day visit to neighboring Iraq.

In a joint statement on Tuesday, Rouhani and Iraqi leaders including President Barham Salih and Prime Minister Adel Abdul-Mahdi said they discussed regional issues, common challenges, the fight against terrorism and steps to promote security, stability and economic cooperation.

The statement proclaimed important talks in a cordial and constructive atmosphere with a willingness to enhance cooperation in areas such as health care, trade, culture, science, and technology.

The two countries emphasized a desire for careful implementation of the 1975 Algiers Accord, which sought to settle border disputes and conflicts over issues such as the Shatt al-Arab waterway. The agreement was disrupted by the 1980-1988 Iran-Iraq War that killed more than a million people.

Heading a high-level politico-economic delegation, Rouhani is making his first visit to Iraq since his inauguration in 2013.

Iran has vied with rivals, including the US, for influence in the country since the 2003 American-led war toppling Iraqi leader Saddam Hussein. The stakes have been raised by tensions throughout the Middle East, including the Syrian conflict, and by Washington’s withdrawal from the 2015 deal over Iran’s nuclear deal, following by comprehensive US sanctions on Tehran in November.

Bilateral trade is $12 billion per year. Soon after the imposition of the American sanctions, Rouhani proclaimed the goal of $20 billion.

But the ambition faces the American restrictions on energy and financial sectors. The US has granted Baghdad two sanctions waivers — initially for 45 days, then for 90 — to continue imports of electricity from Iran. The exemptions expire next week.

The Iraqi Government is facing protests over its inability to guarantee electricity supply, including outages last summer that sparked large rallies in Basra, Iraq’s second city.

With US limits on transactions, Iraq has proposed barter arrangements, exchanging foodstuffs for Iranian gas.

On Monday, the two sides signed five memoranda of understanding for the expansion of bilateral cooperation in various economic and healthcare sectors.