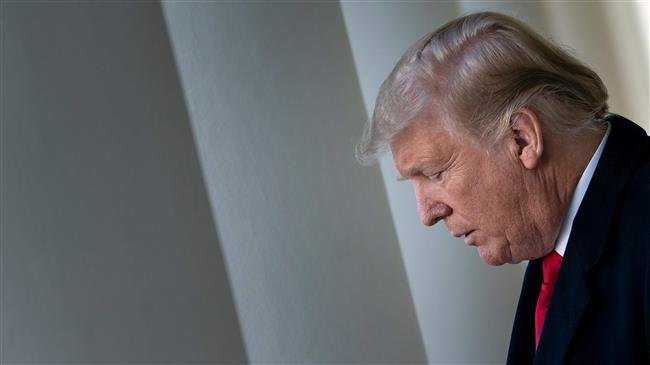 An agitated Donald Trump is facing multiple investigations by a House of Representatives which is now under the control of Democrats.

On Wednesday, the chairman of the House Intelligence Committee, Adam Schiff, announced an investigation “beyond Russia” into whether Trump’s financial interests are behind his actions:

[This will] allow us to investigate any credible allegation that financial interests or other interests are driving decision-making of the President or anyone in the administration..

That pertains to any credible allegations of leverage by the Russians or the Saudis or anyone else.

Schiff confirmed that the investigation will include the continued probe into Russia’s actions during the 2016 election and contacts between the Trump campaign and Russian officials, and examination of “whether any foreign actor has sought to compromise or holds leverage, financial or otherwise, over Donald Trump, his family, his business, or his associates”.

He added that the investigation may involve additional congressional committees and will inquire whether Trump or his associates have “sought to influence US government policy in service of foreign interests”, as well as any potential obstruction of the investigations.

Under Republican control in the first two years of Trump’s Presidency, the House Intelligence Committee limited its inquiries, restricting subpoenas and the testimony of key witnesses. From March 2017, chair Devin Nunes collaborated with White House officials, forcing his formal recusal from leadership of the committee. He later issued a high-profile memo, prepared in consultation with Trump’s staff, with a distorted account of the FBI’s investigation of the 2016 Trump campaign.

Nadler said the subpoena is from an “abundance of caution” to prevent Whitaker from improperly refusing to answer questions at Friday’s hearing, including queries over the irregular circumstances that led to Whitaker’s appointment to replace former Attorney General Jeff Sessions.

Sessions was regularly insulted and humiliated by Trump for recusing himself from oversight of the Trump-Russia inquiry, because of Sessions’ meetings with Russian Ambassador Sergey Kislyak during the 2016 campaign.

On Thursday, a House Ways and Means subcommittee will examine the disclosure of Presidential tax returns, amid Trump’s refusal to do so.

Chairman Richard Neal is empowered under federal law to inspect any federal tax return, but has not yet invoked that authority. He says a factual record needs to be established to justify the request, since he expects Trump to sue to avoid disclosure.

In his State of the Union address on Tuesday, Trump tried to bury “ridiculous partisan investigations”: “If there is going to be peace and legislation, there cannot be war and investigation. It just doesn’t work that way.”

He was uncharacteristically quiet on Twitter yesterday, but he told reporters that Schiff is a “political hack”.

Presidents should not bring threats to the floor of the House. It’s not investigation; it’s oversight. It’s our congressional responsibility, and if we didn’t do it, we would be delinquent in our duties.