Iran Daily: Rouhani — If US Apologizes, We Will Accept Its Repentance 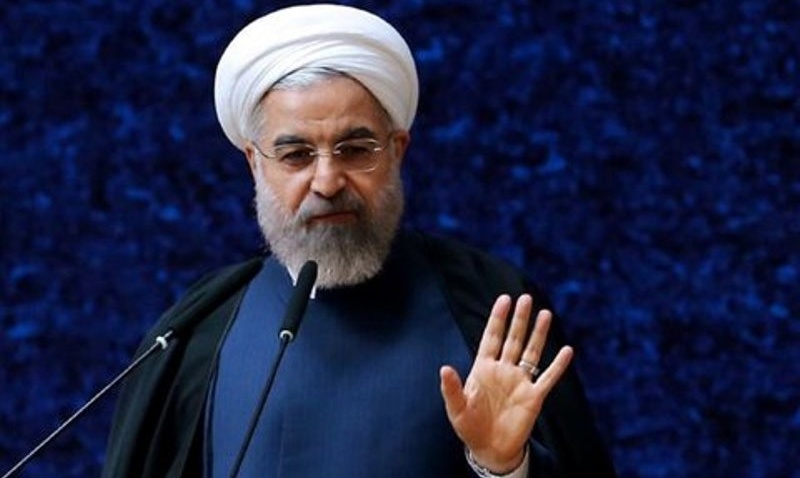 Iran’s President Hassan Rouhani has made a verbal offer to the US for improved relations — if Washington admits a history of wrong-doing against the Islamic Republic.

Rouhani told an audience of foreign ambassadors on Wednesday:

If the US repents and returns from its past course, making apology for interventions in Iran in the past and being ready to accept the majesty and dignity of Iranian nation and the great Islamic Revolution of Iran, we will be ready to welcome the return and accept its repentance — even [that of] the US which has made injustice to us for long years.

Amid comprehensive US sanctions and Iran’s crippled economy, the President offered no substantial example of any thaw in relations.

Instead, marking the 40th anniversary of the Islamic Revolution, Rouhani proclaimed that Iran has successfully overcome “ups and downs along with enemies’ threats”, and that the US pressure had further united Iranians.

He did not speak of the economic situation, including a 60% fall in oil exports and December’s 57% drop in non-oil sales and problems with production, investment, employment, and a weak currency.

Rouhani preferred the declaration of “significant success and achievement in many scientific and academic fields”.

Iran suffered a further setback this week with the failure of a vital economic link with Europe.

Last Thursday the European Commission approved a limited Special Purpose Vehicle for non-dollar trade in Iranian oil and other commodities and goods; however, it linked this to criticism of Iran’s missile development and activities and said Tehran must join an international convention against terrorist finance and money laundering.

Iranian officials initially welcomed the step, but quickly switched to resistance and then dismissal of “humiliating conditions”.