Syria Daily: Turkey’s Erdoğan Steps Up Pressure on US Over “Safe Zone” 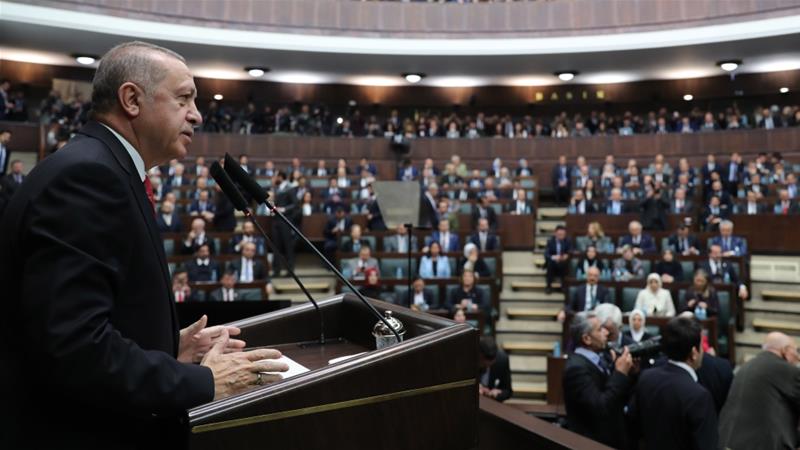 Turkish President Recep Tayyip Erdoğan has stepped up pressure on the US over northern Syria, as Ankara looks to expand its zone of control.

Addressing a Parliamentary meeting of his AK Party on Tuesday, Erdoğan rebuffed Washington, “There is no satisfactory plan that is put before us concretely yet. Of course, we are loyal to our agreements, our promise is a promise. But our patience is not limitless.”

The President’s statement was a dismissal of reports last week that US officials were seeking agreement from partners for a “safe zone” in Kurdish areas of northeast Syria, following any implementation of Donald Trump’s December order for a withdrawal of all 2,000 American troops.

Soon after Trump’s impulsive decision, made during a phone call with Erdoğan on December 14, the Turkish President said Ankara will establish a 32-km (20-mile) deep zone both west and east of the Euphrates River, across the Kurdish cantons of Kobani and Cezire.

US troops back the Kurdish-led Syrian Democratic Forces, created by Washington in autumn 2015 to push out the Islamic State. But Ankara considers the Syrian Kurdish Democratic Union Party and its YPG militia, the leading faction in the SDF, as “terrorists” linked to the Turkish Kurdish insurgency PKK.

Erdoğan said Turkish forces will not allow the YPG to shelter in the “safe zone”.

He also warned that YPG forces must depart the city of Manbij, in eastern Aleppo Province at the western edge of Kurdish-controlled territory, within a few weeks.

Since summer 2018, Turkey and the US have maintained oversight of the city, taken by the SDF from the Islamic State in August 2016. But Ankara has increasingly chided Washington for not ensuring the YPG’s withdrawal.

Turkish Foreign Minister Mevlüt Çavuşoğlu will be among those in a Wednesday meeting in the US of the anti-ISIS coalition.