EA on talkRADIO: Week in Review from Venezuela to Brexit 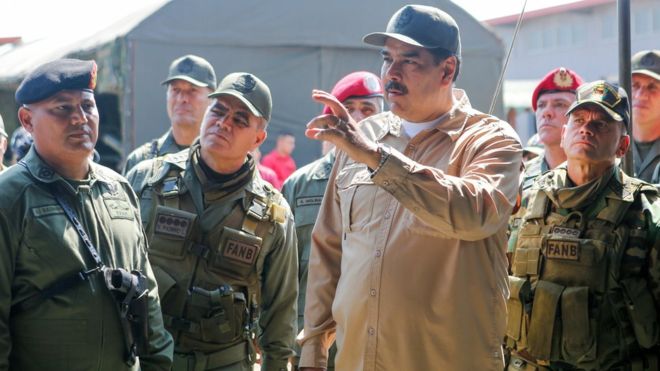 In our latest Week in Review, I joined talkRADIO’s Paul Ross on Friday to talk about two different crises: the political conflict threatening the end of President Nicolas Maduro in economically-crippled Venezuela, and the latest fumbling maneuvers of the UK Government over Brexit from the European Union.

We begin by discussing both the local and international dimensions of the Venezuelan situation, taking this beyond the simplistic narratives of an anti-Maduro movement or US-led “regime change”:

When you have people rising up against what they consider to be a regime or government that has lost legitimacy, what do you do to help them? What do you do which is viable where — if President Nicolas Maduro retains the support of the military — for all your fine words and statements, he will stay in power….

How many Venezuelans — for all the economic problems, going without food, going without essentials — how many still believe in the legacy of Hugo Chavez vs. how many who are simply fed up over the calls for socialism and revolution? If you can’t eat and there’s no future for your kids, are you willing to go out on the streets day after day?

And on the UK Government running round and round but heading nowhere on Brexit before the March 29 deadline:

When you use ask the European Union to change the Irish backstop, you are asking the EU either to side with the UK, which is leaving, or with Ireland, which is firmly staying.

Now which country do you think the EU is going to go to the wall for?