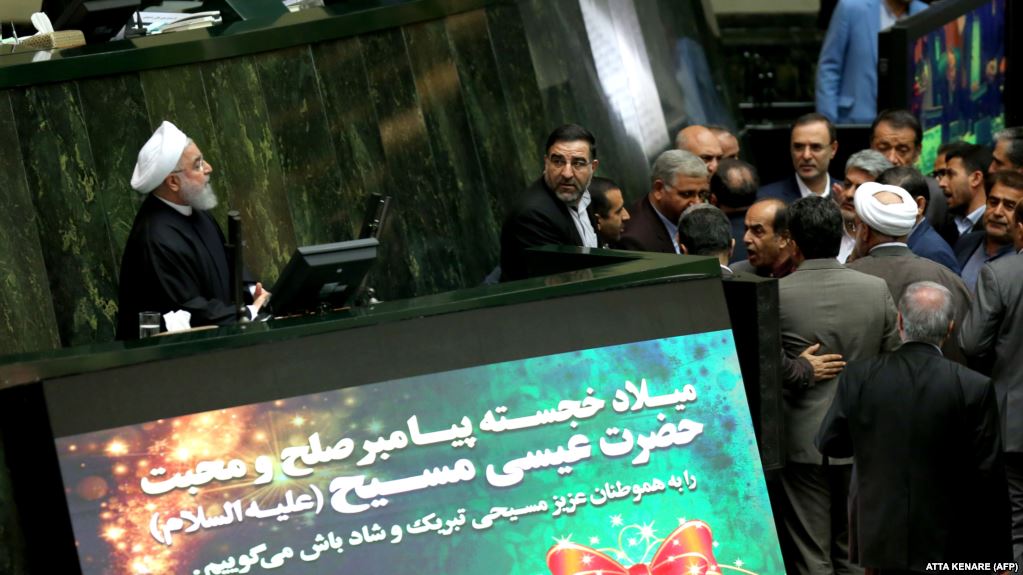 The research center of Iran’s Parliament has warned that the country’s National Development Fund may be emptied amid falling oil revenues and diversion of funds to the military.

The Fund was created in 2011, under a five-year development plan, to transform oil and gas revenues into investment and infrastructure. Legislation allocated 20% of oil income, with a 3% increase each year — 34% in the 2019-2020 Iranian budget year.

The Parliamentary Research Center said no money will be added to the National Development Fund this year because of the decline in Iran’s oil revenues, from falling exports amid US sanctions.

The center also noted that the withdrawals from the reserves, for the military and other purposes. It warned that the Fund may be depleted if current practice continues.

The Supreme Leader ordered disbursement of $4.8 billion last year, half of it for the military. He recently commanded another $1.5 billion be allocation to the armed forces.

The Government’s budget for this year had already reduced the allocation to the Fund, setting it at 20% of oil revenues.

Because of the 60% decrease in Iranian oil exports since last April — from 2.5 million barrels per day to 1.1 million bpd — the projection was for a Fund accrual of only $4.6 billion by March 2020. The Government’s budget bill allows for $4 billion of this to be withdrawn, half of it for the military.

The US imposed comprehensive sanctions on Iran, including the energy and financial sectors, on November 5. However, an even sharper decline in oil sales has been buffered by US sanctions waivers for Tehran’s top customers, including China and India, through May.