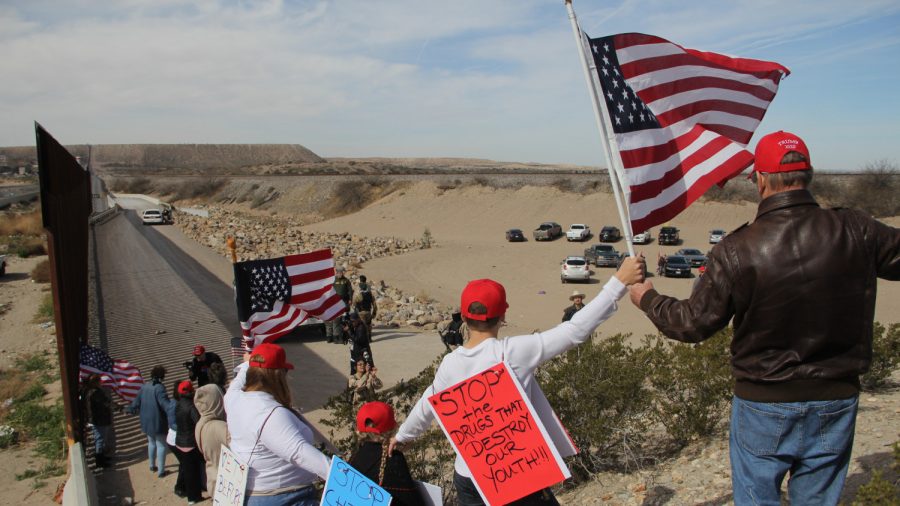 Talks stall in Congress on a border security deal, seeking to avert another Trump Shutdown of the Federal Government.

Republican and Democrat legislators had expressed hope that an agreement could be reached by Monday, four days before funding of nine Government agencies must be renewed.

But on Sunday, lawmakers and aides said the bipartisan discussions between 17 House and Senate negotiators were held up over the number of undocumented immigrants that can be detained.

Democrats want a cap of 16,500 beds in detention centers, with pursuit of alternatives for families and other immigrants. Rep. Lucille Roybal-Allard of California said Sunday, “A cap on ICE [Immigration and Customs Enforcement] detention beds will force the Trump administration to prioritize deportation for criminals and people who pose real security threats, not law-abiding immigrants who are contributing to our country.”

The legislators are also debating the amount to be allocated for barriers at the border, such bollard fencing of steel slats. The figure being discussed is reportedly between $1.3 billion and $2 billion.

Meanwhile, Donald Trump pursued his ultimatum for $5.7 billion for the $25 billion Wall with Mexico. He ordered the move of another 3,700 US troops to the Mexico border and prepared for a rally in Texas on Monday.

Trump shut down the Government for a record-setting 35 days, from December 21 to January 25. He relented without a penny allocated for The Wall. But — despite the $11 billion cost of the shutdown — he is threatening another closure or the declaration of a national emergency.

The new troop deployment will take the total above the high of 5,900 at the time of November’s mid-term elections. Senior officers are expressing concern that the soldiers are not conducting the training needed for their regular missions, and that other troops have to cover the routine duties of deployed colleagues.

Trump converted the Democrat pursuit of a cap on detention beds into the falsehood that the party wants “muderers” to remain on US streets.

The Border Committee Democrats are behaving, all of a sudden, irrationally. Not only are they unwilling to give dollars for the obviously needed Wall (they overrode recommendations of Border Patrol experts), but they don’t even want to take muderers into custody! What’s going on?

Continuing the distortion, he fumed, “They are offering very little money for the desperately needed Border Wall & now, out of the blue, want a cap on convicted violent felons to be held in detention!”