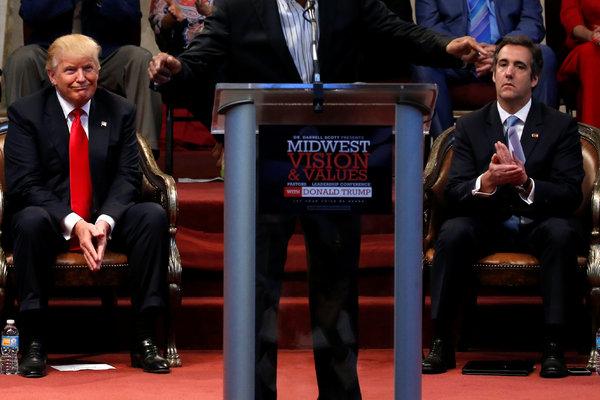 I followed up with BBC World Service’s World Update on issues raised by Michael Cohen’s claims about Donald Trump, including the then-Presidential candidate’s links with Russia in 2016 and the multiple investigations at federal and state level.

While we focus on Robert Mueller and the Russia investigation, it’s only part of the political and legal challenge that Trump faces, even as he remains President, over the next 18 months.

I chatted with the Chris Evans Breakfast Show on Virgin Radio this morning about the significance of Michael Cohen’s testimony to a House committee, accusing Donald Trump of criminal activity as well as being a liar, conman, and racist.

With Richard Nixon, it was just Watergate. With Donald Trump, it’s seven or eight possible issues that are impeachable or could lead to criminal charges, probably when he leaves office….

You know that this is a tough time, that a lot of people are hurting, but you gotta cover it. At the end of the day, you rely on the fact that, despite Donald Trump, a lot of people are decent and want to do the right thing — and you keep looking over at them.

TrumpWatch, Day 769: How Much Trouble for Trump After Cohen Testimony?