Syria Daily: Assad Regime to Turkey — Withdraw and We’ll Back You v. Kurds 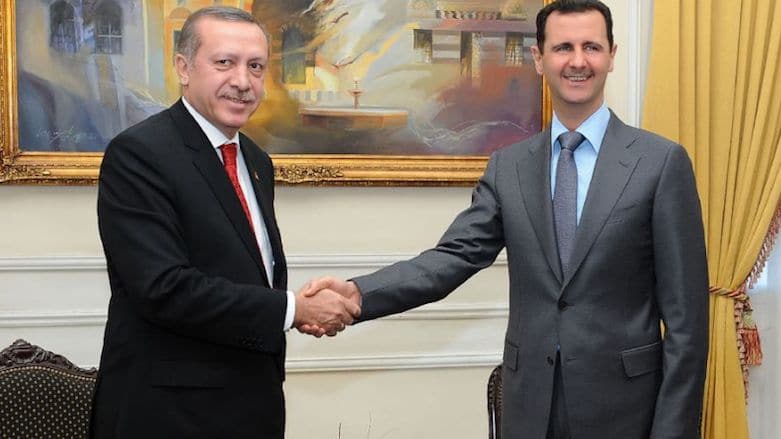 The Assad regime has said it will work with Turkey against Syria’s Kurdish factions — if Ankara withdraws its forces from the country and ends backing of Syrian rebels.

The regime’s Foreign Ministry said in a statement that it is committed to the 1998 Adana accord, under which Damascus pledges not to harbor the Turkish Kurdish insurgency PKK.

Turkey considers the Syrian Kurdish Democratic Union Party (PYD) and its YPG militia, the leading group in Kurdish control of 27% of Syria, to be part of the PKK.

“Syria remains committed to this accord and all the agreements relating to fighting terror in all its forms by the two countries,” said the Foreign Ministry. But it said the observation of the treaty, upheld by Turkish President Recep Tayyip Erdoğan and Russian counterpart Vladimir Putin last Wednesday, rests on Turkey withdrawing its forces from northern Syria and ending its alliance with rebels.

Ankara intervened militarily in the north in August 2016, following Erdoğan-Putin talks. Turkish forces and rebels took over territory held by the Islamic State, then in early 2018 captured much of the Kurdish canton of Afrin in the northwest.

In recent weeks, Erdoğan has threatened an offensive against the other Kurdish cantons of Kobani and Cezire in the north and northeast. The attempt at a takeover has been both furthered and complicated by Donald Trump’s order to withdraw US troops, the essential supported of the YPG-led Syrian Democratic Forces.

Yesterday’s statement by the Assad regime points to the fragility of a balancing act between Turkey and Kurdish groups after the Trump announcement, which is being challenged by US agencies.

Spurred by Russia, Damascus has held initial talks with some Kurdish factions over an accommodation. This month PYD officials have said discussions may soon begin. But any agreement will face the challenge of whether the regime will allow Kurdish autonomy, having rejected a “federal” Syria to date.

The regime’s signal to Turkey could alienate the PYD and YPG, putting off any opening of significant talks.

It is unclear whether the Foreign Minister’s statement was prompted or even endorsed by Moscow.