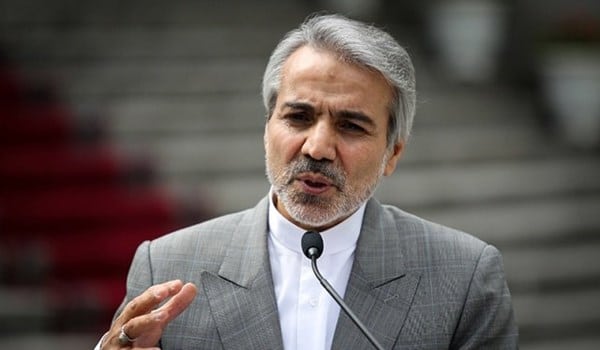 Vice President Mohammad Baqer Nobakht (pictured) has said Iran is facing “serious problems in exporting oil” as a result of “brutal sanctions” by the US.

Nobakht, a senior economic advisor to President Hassan Rouhani, told an audience in southeastern Iran on Friday that Tehran is “too far away from the target of exporting 2,410,000 barrels per day planned in the country’s budget [for 2019-2020]”.

The budget, submitted to Parliament on Christmas Day, envisages $47 billion in revenues from oil sales.

The Vice President opined, “We are facing a really difficult situation in our international relations. As soon as we negotiate with someone, the enemies increase their threats and force him to step back.”

Iran’s exports have fallen from about 2.5 million barrels per day to about 1.1 million bpd at the end of 2018, amid comprehensive US sanctions imposed on November 5. Production has declined from 3.8 million bpd in early 2018 to under 2.8 million bpd in December.

Output is now lower than at the end of 2015, just before implementation of the nuclear agreement between Iran and the 5+1 Powers.

Nobakht added that Iran faces difficulties in collecting revenues, “It is sometimes impossible to bring back the money, and sometimes difficult,” and he noted problems with shipping and insurance.

Still, he insisted, “Iran will overcome brutal sanctions.” He maintained that Iran’s problems are caused by “the enemy’s brutality” rather than State “mismanagement”.

Iran’s problems have been compounded by the failure to complete a Special Purpose Vehicle with the European Union, bypassing the US sanctions for non-dollar transactions in oil and other goods and commodities.

The SPV was agreed in principle between EU foreign policy head Federica Mogherini and Iranian Foreign Minister Mohammad Javad Zarif in September. But the EU has been unable to secure the arrangements, with no member apparently willing to host the financial system.

Iranian officials indicated last week that they had given up on the EU, a key part of the Rouhani Government’s strategy to deal with sanctions.

Iran Daily: Tehran Gives Up on Europe for Economic Salvation

Iranian State media revived hope on Thursday that the SPV will soon be implemented.

A “senior EU official” told a briefing in Brussels that the SPV is “still in the pipeline” with the EU wanting “to make sure that when it is presented, it is comprehensive and covers all positive and negative aspects and developments”.