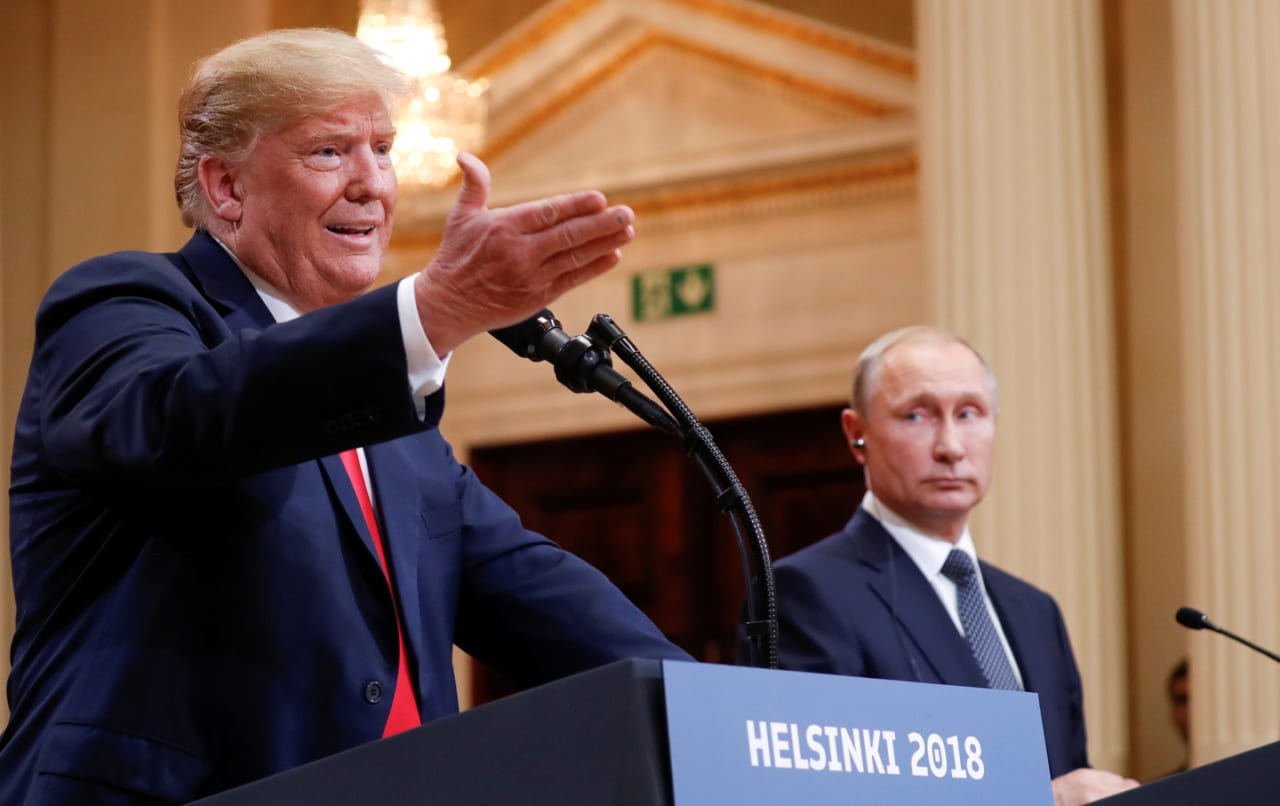 David Dunn, of EA and the University of Birmingham, joined BBC Radio Ulster on Tuesday afternoon to discuss suspicions over Donald Trump’s ties to Moscow.

The other participant is Greg Swenson of Republicans Overseas.

I spoke with Monocle 24’s The Globalist on Monday morning about the latest revelations around Donald Trump’s possible links with Russian officials, setting them in the context of the advancing Trump-Russia investigation of Special Counsel Robert Mueller.

We start with the news of the FBI counter-intelligence investigation in 2017 into Trump and move to today, when Mueller’s report be filed within weeks, putting Trump’s future in jeopardy.

EA on CNN and TRT: Trump, Possibly Compromised by Russia, Persists With Shutdown
TrumpWatch, Day 723: Trump Hid Conversations With Putin From US Officials

At the point where Mueller files his report, then the question is no longer, “Can Trump rely on his base?”, this mythical 30-35% of people who will support him come hell or high water.

If the evidence is as serious as I think is, then I think you are talking about an unprecedented issue of who the President was serving, and any defense of him has to take second place to that.