“You Will Love Him!”: How Saudi Arabia Cultivated Jared Kushner 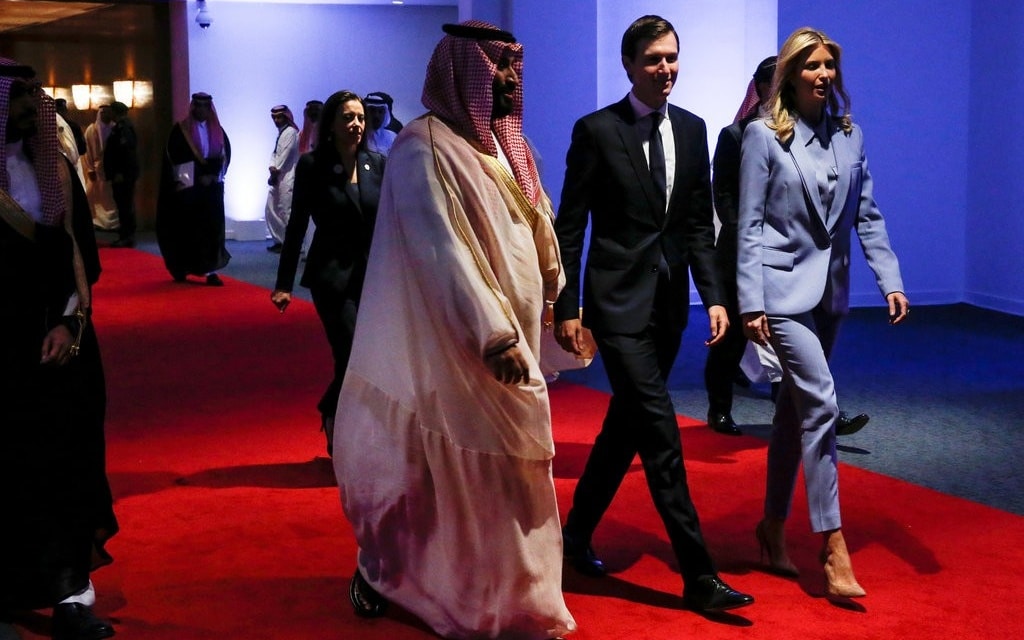 Senior American officials were worried. Since the early months of the Trump administration, Jared Kushner, the president’s son-in-law and Middle East adviser, had been having private, informal conversations with Prince Mohammed bin Salman, the favorite son of Saudi Arabia’s king.

Given Mr. Kushner’s political inexperience, the private exchanges could make him susceptible to Saudi manipulation, said three former senior American officials. In an effort to tighten practices at the White House, a new chief of staff tried to reimpose longstanding procedures stipulating that National Security Council staff members should participate in all calls with foreign leaders.

But even with the restrictions in place, Mr. Kushner, 37, and Prince Mohammed, 33, kept chatting, according to three former White House officials and two others briefed by the Saudi royal court. In fact, they said, the two men were on a first-name basis, calling each other Jared and Mohammed in text messages and phone calls.

The exchanges continued even after the Oct. 2 killing of Jamal Khashoggi, the Saudi journalist who was ambushed and dismembered by Saudi agents, according to two former senior American officials and the two people briefed by the Saudis.

As the killing set off a firestorm around the world and American intelligence agencies concluded that it was ordered by Prince Mohammed, Mr. Kushner became the prince’s most important defender inside the White House, people familiar with its internal deliberations say.

The Saudi ID of “Crucial” Kushner

Mr. Kushner’s support for Prince Mohammed in the moment of crisis is a striking demonstration of a singular bond that has helped draw President Trump into an embrace of Saudi Arabia as one of his most important international allies.

But the ties between Mr. Kushner and Prince Mohammed did not happen on their own. The prince and his advisers, eager to enlist American support for his hawkish policies in the region and for his own consolidation of power, cultivated the relationship with Mr. Kushner for more than two years, according to documents, emails and text messages reviewed by The New York Times.

A delegation of Saudis close to the prince visited the United States as early as the month Mr. Trump was elected, the documents show, and brought back a report identifying Mr. Kushner as a crucial focal point in the courtship of the new administration. He brought to the job scant knowledge about the region, a transactional mind-set and an intense focus on reaching a deal with the Palestinians that met Israel’s demands, the delegation noted.

Even then, before the inauguration, the Saudis were trying to position themselves as essential allies who could help the Trump administration fulfill its campaign pledges. In addition to offering to help resolve the dispute between Israel and the Palestinians, the Saudis offered hundreds of billions of dollars in deals to buy American weapons and invest in American infrastructure. Mr. Trump later announced versions of some of these items with great fanfare when he made his first foreign trip: to an Arab-Islamic summit in Riyadh, the Saudi capital. The Saudis had extended that invitation during the delegation’s November 2016 visit.

“The inner circle is predominantly deal makers who lack familiarity with political customs and deep institutions, and they support Jared Kushner,” the Saudi delegation wrote of the incoming administration in a slide presentation obtained by the Lebanese newspaper al-Akhbar, which provided it to The Times. Several Americans who spoke with the delegation confirmed the slide presentation’s accounts of the discussions.

Given news that Jared Kushner may have given advice to MBS on how to weather the fallout from the murder, note that Cadre, a firm in which Kushner has a financial interest, was trying as late as July to do business with a Saudi-backed investment fund. https://t.co/cPdwZ5uFnU

The courtship of Mr. Kushner appears to have worked.

Only a few months after Mr. Trump moved into the White House, Mr. Kushner was inquiring about the Saudi royal succession process and whether the United States could influence it, raising fears among senior officials that he sought to help Prince Mohammed, who was not yet the crown prince, vault ahead in the line for the throne, two former senior White House officials said. American diplomats and intelligence officials feared that the Trump administration might be seen as playing favorites in the delicate internal politics of the Saudi royal family, the officials said.

(After publication, a senior White House official said in a statement: “Implications that Jared inquired about the possibility of influencing the Saudi royal succession process are false.”)

By March, Mr. Kushner helped usher Prince Mohammed into a formal lunch with Mr. Trump in a state dining room at the White House, capitalizing on a last minute cancellation by Chancellor Angela Merkel of Germany because of a snowstorm.

Bending protocol, Mr. Kushner arranged for Prince Mohammed, often referred to by his initials as M.B.S., to receive the kind of treatment usually reserved for heads of state, with photographs and news media coverage, according to a person involved in the arrangements. It appears to have been the first face-to-face meeting between Mr. Kushner and the prince, but Mr. Kushner raised eyebrows by telling others in the White House that he and Prince Mohammed had already spoken several times before, two people at the event recalled.

In a statement, a White House spokesman said that “Jared has always meticulously followed protocols and guidelines regarding the relationship with MBS and all of the other foreign officials with whom he interacts”.

White House officials declined to explain those protocols and guidelines, and declined to comment on Mr. Kushner’s one-on-one communications with Prince Mohammed since the killing of Mr. Khashoggi.

Their connection, though, has been pivotal since the start of the Trump administration.

“The relationship between Jared Kushner and Mohammed bin Salman constitutes the foundation of the Trump policy not just toward Saudi Arabia but toward the region,” said Martin Indyk, a fellow at the Council on Foreign Relations and a former Middle East envoy. The administration’s reliance on the Saudis in the peace process, its support for the kingdom’s feud with Qatar, an American ally, and its backing of the Saudi-led intervention in Yemen, he said, all grew out of “that bromance”.