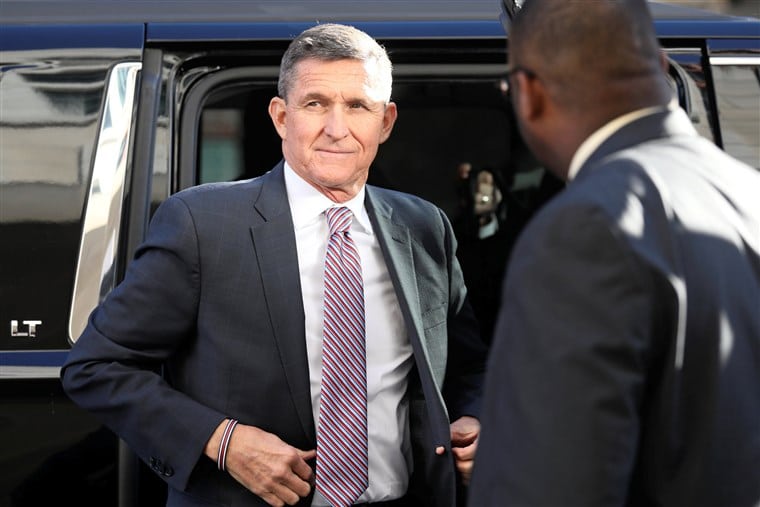 The sentencing of Michael Flynn, Donald Trump’s senior campaign advisor and then National Security Advisor, is delayed so he can cooperate further in the Trump-Russia investigation.

Flynn was expected to receive a six-month sentence on Tuesday after pleading guilty in December 2017 to a single count of lying to the FBI. The light punishment pointed to the former general’s cooperation with 19 interviews with the team of Special Counsel Robert Mueller: other charges had been set aside, and Flynn was not indicted this week — alongside two of his associates — over a $600,000 payment from the Turkish Government to pursue the expulsion of cleric Fethullah Gulen from the US.

But the hearing was dramatically suspended after Judge Emmet Sullivan issued scathing comments that Flynn, who lasted only 23 days as National Security Advisor before he was forced to quit in February 2017, deserved a far harsher sentence:

This is a very serious offense. A high-ranking senior official of the government making false statements to the Federal Bureau of Investigation while on the physical premises of the White House.

EA on Austria’s Radio FM4: What Flynn’s Sentence Tells Us About Trump-Russia

The judge pondered if Flynn could have been charged with additional crimes, even raising the possibility of treason.

Sullivan then gave Flynn the option of a postponement of the sentencing, giving him additional time to prove the value of his cooperation. Flynn immediately took up the offer, pushing back his punishment at least until March.

Still, the judge cautioned that the cooperation might not spare Flynn a sentence beyond the six months in advisory guidelines: “I can’t make any guarantees, but I’m not hiding my disgust, my disdain for this criminal offense.”

Michael Flynn leaves a DC courthouse amid competing chants of "Lock him up!" and "USA!" after a judge delayed his sentencing for lying to the FBI. https://t.co/Ul9zOooNcX pic.twitter.com/3P1MBiUSTa

Up to Tuesday’s hearing, Flynn’s attorneys had implied in pre-sentencing statements that the FBI had tricked and entrapped Flynn by failing to warn him that lying to investigators is a crime. Trump supporters eagerly took up the line as part of their attempts to undermine the Trump-Russia investigation.

But in court, Flynn said he knew that lying to the FBI is a crime. He reiterated his guilt and said he had not been entrapped. Judge Sullivan cleared the agency, saying Flynn had deceived not only investigators but also senior White House officials.

Before the hearing, Trump offered support to his former campaign advisor:

Good luck today in court to General Michael Flynn. Will be interesting to see what he has to say, despite tremendous pressure being put on him, about Russian Collusion in our great and, obviously, highly successful political campaign. There was no Collusion!

He issued no comment after the court developments. White House Press Secretary Sarah Huckabee Sanders defied the hearing to insist that there was still FBI wrongdoing: