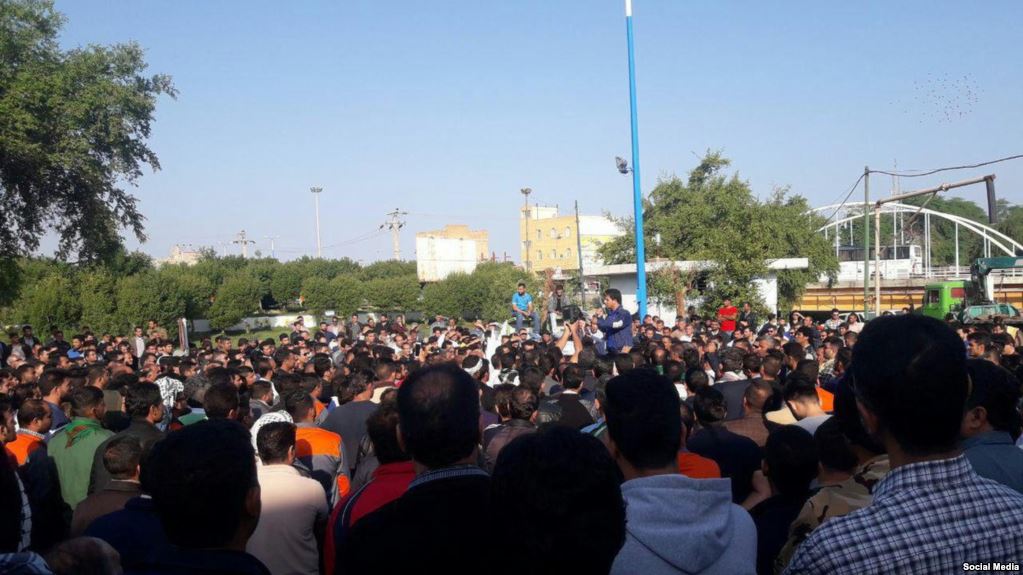 Iran’s authorities have detained 41 striking steel workers in Ahvaz in the southwest of the country.

The Free Labor Union said Tuesday that another 10 factory workers had been seized, after 29 were arrested early Monday. Many were taken from their homes.

Other workers are reportedly spending nights in the streets to avoid possible detention.

The Iranian Labor News Agency said the Revolutionary Guards’ operations chief in Ahvaz, the capital of the oil-rich Khuzestan Province, had told protesters to remain calm as those arrested on Monday would be released at the end of the day. But none of the men were freed.

The factory is owned by Bank Melli, one of Iran’s largest financial institutions.

Ahvaz, with a large Arab population, has long been the site of protests with periodic escalation since last December. The Shush sugar mill was on strike for weeks, although some demands were recently met to quiet the discontent.

On Monday, the US State Department, which is pressing comprehensive sanctions against Iran, condemned the arrests. Deputy Spokesperson Robert Palladino tweeted:

Yesterday, #Iran’s regime arrested steelworkers who simply asked to get paid for their work. Sadly, this is how the regime has always mistreated the Iranian people. The U.S. supports their rightful demands. Iranians deserve to live in peace and dignity. # کارگران #betheirvoice