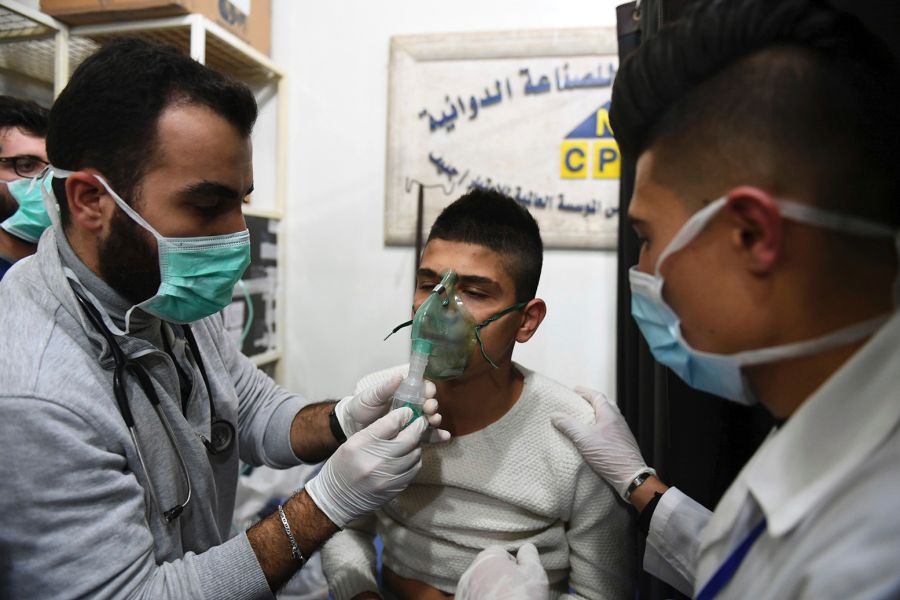 The US and UK have concluded that Russian and Assad regime forces carried out a fake “chemical attack” on regime-held Aleppo city on November 24, trying to frame rebels for the incident.

Pro-Assad outlets received global attention when they pronounced that more than 100 people had been injured by “toxic gas”, posting video and photographs of civilians being treated in hospital. One Russian State site, Sputnik, even headlined that 12 people had been killed before withdrawing the declaration.

But neither Russia nor the regime produced any evidence of chemical use, with their photos showing a 105-mm mortar — too small to carry chlorine — at the alleged site. Meanwhile, rebels denied they had the capability for the assault, and pro-opposition sites claimed that the attack had come from pro-Assad forces to the south of Aleppo city.

On November 24, 2018, the Assad regime and Russia falsely accused the opposition and extremist groups of conducting a chlorine attack in northwestern Aleppo. The United States strongly refutes this narrative and has credible information that pro-regime forces likely used tear gas against civilians in Aleppo on November 24.

A UK Foreign Office spokesman stated, “We have seen nothing to support the claims made by Russia and Syria. It is highly unlikely that the opposition was responsible.”

The spokesman added that the operation was to frame the opposition “or a [pro-Assad] operation which went wrong and from which Russia and the regime sought to take advantage”.

Palladino noted that Russian and pro-Assad forces could have further tried to blame rebels through faked “evidence” at the alleged attack sites: “The United States is deeply concerned that pro-regime officials have maintained control of the attack site in its immediate aftermath, allowing them to potentially fabricate samples and contaminate the site before a proper investigation of it by the Organization for the Prohibition of Chemical Weapons.”

Moscow eventually said the OPCW — despite a Russian veto on its mandate in November 2017, preventing it from attribution of responsibility for attacks — should visit the sites. However, the inspection was never arranged.

The UK Foreign Office said Friday, “It is important for Syrians and the international community that the truth comes out.”