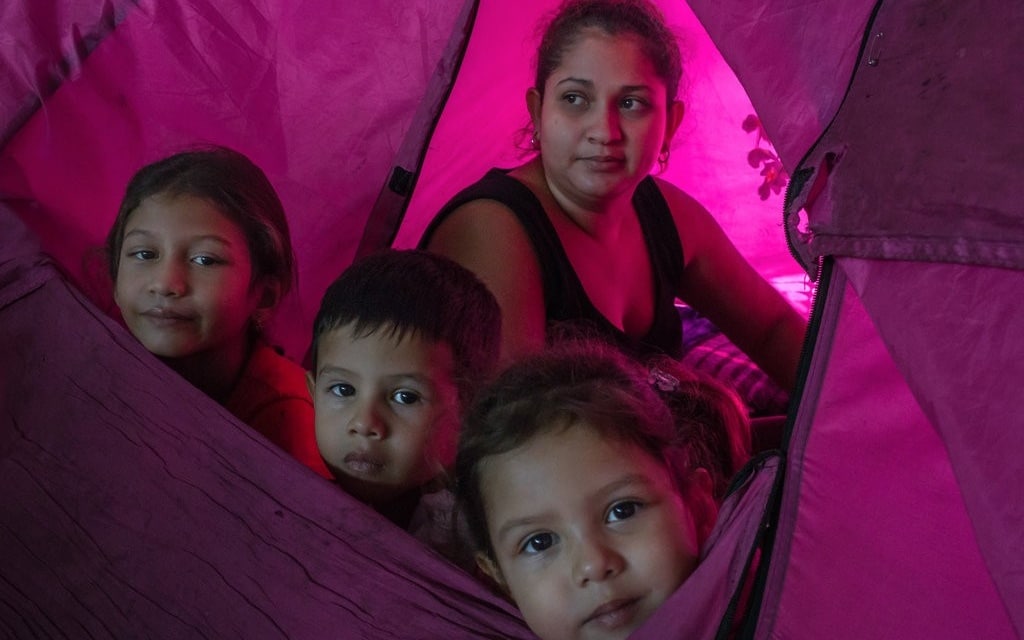 Donald Trump, pressing for his anti-immigration orders, threatens to close the border with Mexico.

With his efforts to limit asylum checked by a federal judge and his dream of a Wall dependent on Congressional approval, Trump snapped on Twitter on Saturday:

Migrants at the Southern Border will not be allowed into the United States until their claims are individually approved in court. We only will allow those who come into our Country legally. Other than that our very strong policy is Catch and Detain. No “Releasing” into the U.S…

….All will stay in Mexico. If for any reason it becomes necessary, we will CLOSE our Southern Border. There is no way that the United States will, after decades of abuse, put up with this costly and dangerous situation anymore!

Earlier this month the Trump Administration tried to restrict the right of migrants, crossing the Mexican border to claim asylum between US ports of entry. Judge Jon Tigar of the 9th Circuit Court in San Francisco issued a restraining order against the move, provoking Trump’s derision of an “Obama judge”.

That brought an unprecedented intervention from Chief Justice John Roberts, defending judicial independence. Trump refused to step back, chiding, “Sorry, Chief Justice” and threatening to break up the 9th Circuit.

The Administration is now hoping that Mexico will hold migrants, including thousands who have arrived in a Central American caravan, while they make their asylum claims. None will be allowed into the US unless they can prove a “threat of persecution” by Mexican authorities.

Current Mexican law does not allow migrants to remain who are claiming asylum in another country, but officials said talks are underway with a meeting as early as Sunday, according to incoming Mexican Foreign Minister Marcelo Ebrard.

Senior officials at the US Department of Homeland Security said on Saturday that the policy can be implemented as early as this week. However, logistical questions are unanswered and legal challenges are expected.

Ebrard said on Saturday that no decision has been reached: “We still do not have a specific proposal from the United States. We are still against the safe third country, but this theme is something distinct and because of that, we are analyzing it with care.”

Because of the backlog in immigration cases in US courts, estimated at more than 750,000, the migrants would likely remain in Mexico for years.

On Friday, the mayor of Tijuana, Mexico, Juan Manuel Gastelum, declared a humanitarian crisis in the city and said he would request assistance from the UN to ease the burden of sheltering, feeding, and clothing thousands of migrants.