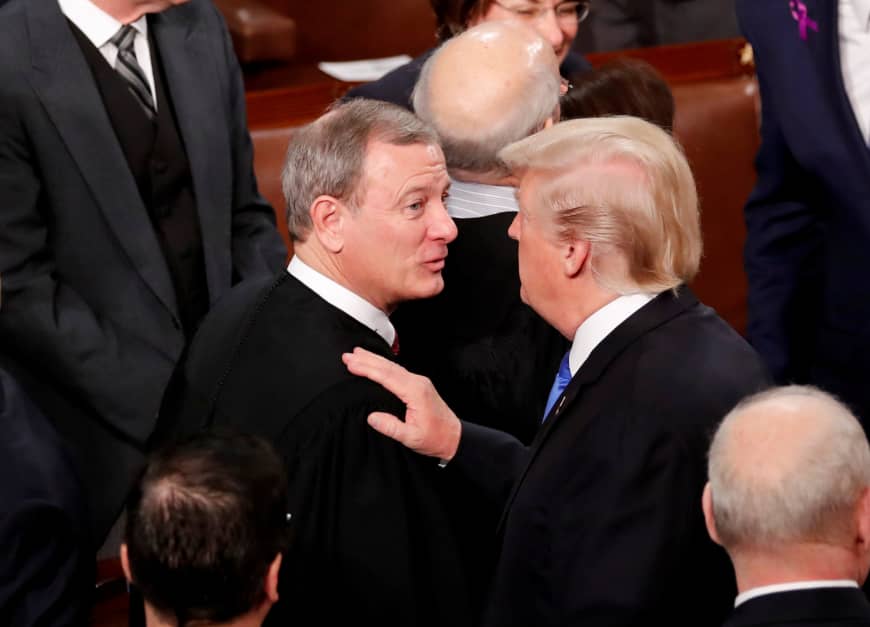 Donald Trump taps Supreme Court Justice John Roberts on the back after the State of the Union address, January 2018 (Reuters)

After Roberts defended judicial independence — responding to Trump’s insult of an “Obama judge” who limited the Administration’s anti-asylum order — Trump pushed back on Wednesday and continued on Thursday:

Justice Roberts can say what he wants, but the 9th Circuit is a complete & total disaster. It is out of control, has a horrible reputation, is overturned more than any Circuit in the Country, 79%, & is used to get an almost guaranteed result. Judges must not Legislate Security…

I spoke with Monocle 24’s The Briefing about the episode and the prospect of Trump’s tactics backfiring, with a supposed 5-4 conservative majority on the Supreme Court proving far from secure if the President keeps trying to overrun the judiciary.