VideoCast: From Damage to Hope — Beyond Brett Kavanaugh 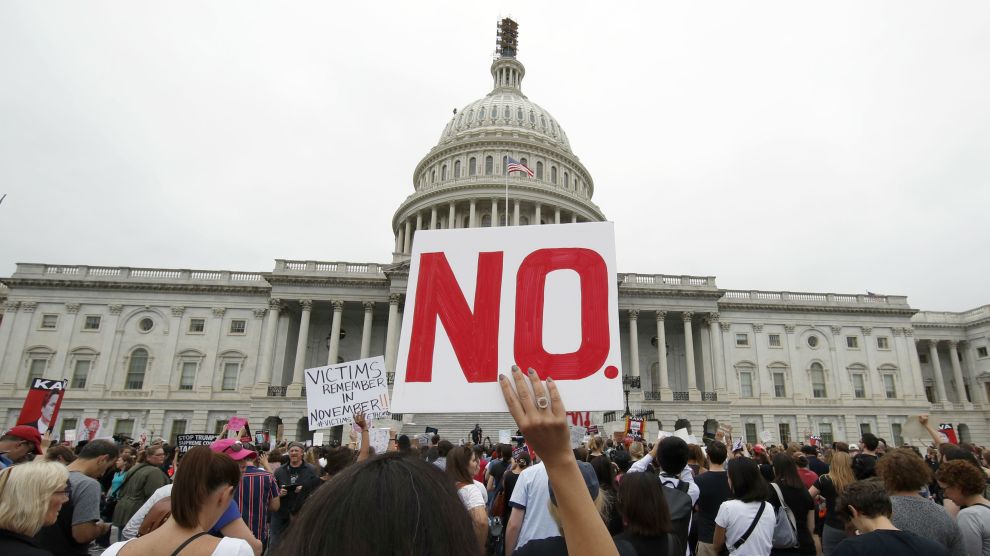 Now that Brett Kavanaugh has been rammed through as a Supreme Court Justice by the White House and Republican leaders, a 25-minute analysis not only of how we got here but what lies ahead in a generational challenge for America:

“I think not only of Judge Kavanaugh and the Supreme Court, but of issues far more important: issues of an America whose values and system are damaged.”

2. (2:14) How Did We Get Here? The White House, the GOP Leadership, and the Rush to Confirmation

“She came forward not as part of a Democratic ‘dirty tricks’ campaign, but because she had doubts about Judge Kavanaugh because she was ‘100%’ certain that he tried to rape her in 1982.”

“I still think, after his testimony to the Judiciary Committee, that Brett Kavanaugh could have been confirmed easily if it was a simple case of just Christine Blasey Ford’s claims v. his. But it wasn’t just one woman.”

“Let’s be honest here. The White House lawyers issued directives to the FBI: you can interview a few people but don’t interview anyone else.”

“Christine Blasey Ford had to be humiliated. But it’s not just the humiliation of sexual assault survivors. Those who support them are called a ‘mob’. The President of the United States has said they are paid by George Soros — the smear that rich Jewish liberals are out to get us.”

“The man who faces the claim of a sexual assault — who has his family, who has his career, who has the opportunity of great wealth — becomes the victim. And, in the words of Donald Trump, all men are victims.

This is a replay of why women, for decades, have been wary of coming forward to be heard.”