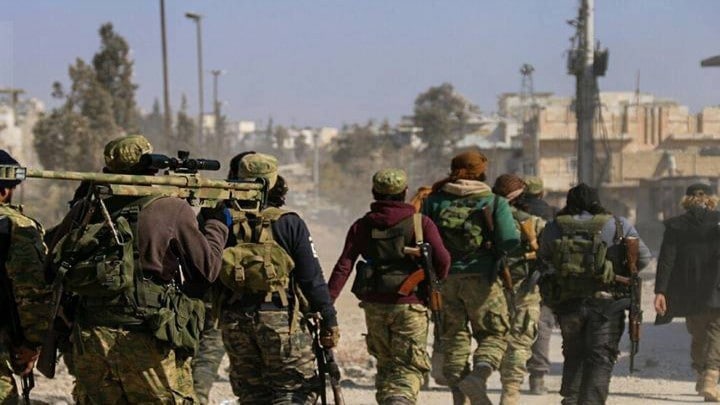 Rebels say that they have begun withdrawing heavy weapons from the demilitarized zone in opposition-held northwest Syria, but that fighters are remaining.

The zone between opposition- and regime-held areas in Idlib and northern Hama Provinces was agreed on September 17 between Turkey and Russia, the essential ally of the Assad regime. Under its terms, “militants” and heavy weapons are to be withdrawn by mid-October.

Ankara and Moscow have made clear that the jihadist bloc Hay’at Tahrir al-Sham must leave the zone, but left unclear if all or even some rebel factions must depart. The National Liberation Front, the rebel alliance backed by Turkey, has said that its fighters are staying without heavy weaponry to assist Turkish troops patrolling the area.

Two NLF officials said that the removal of heavy weapons began on Saturday and will continue for days. A rebel commander said the arms, such as rocket launchers, will be brought 20 km (12 miles) from the frontline, while light and medium weapons and heavy machine guns up to 57 mm will remain in place.

HTS has not said if it will comply with the agreement.

The Turkish-Russian accord, which followed a meeting between Presidents Recep Tayyip Erdoğan and Vladimir Putin, suspended a planned Russian-Assad regime on the area with an estimated 3 million people — about 20% of Syria’s population.