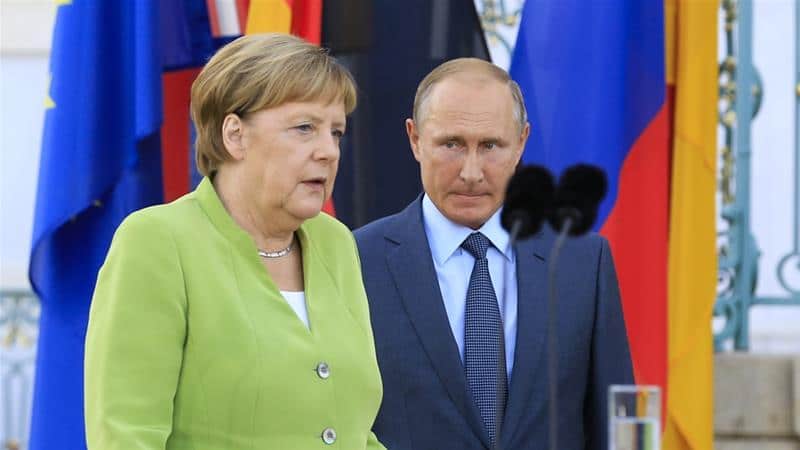 The Kremlin has downplayed this Saturday’s summit on the Syrian conflict with Turkey, France, and Germany, saying that no outcomes are expected.

Spokesman Dmitry Peskov said Monday, “We have already said that it would be probably incorrect to predict that the summit is held with the aim of reaching certain agreements. Obviously we need to be realistic that this is not the case.”

Leaders of the four powers will gather in Istanbul, almost six weeks after Russia’s Vladimir Putin and Turkey’s Recep Tayyip Erdoğan agreed a de-escalation zone around opposition territory in northwest Syria. The accord suspended an imminent Russian-regime offensive, checking the Assad regime’s pledge to regain “every inch” of Syria.

Earlier this week Russia maintained its commitment to the zone around Idlib and northern Hama Provinces, even though rebels and even the jihadists of Hay’at Tahrir al-Sham kept fighters in the 15 to 20-km wide and 100-km wide area. Rebels did withdraw heavy weapons, as Turkish forces moved into the zone with their arms.

Russia is maintaining a window for a possible pullback of the agreement with propaganda and disinformation that regime forces have been shelled near the zone and that rebels and White Helmets rescuers are gathering chemical weapons. But Moscow has taken no further step to challenge Turkey, which has maintained forces in the area since joining rebels in August 2016 to push out the Islamic State.

Putin is also likely to raise the issue of reconstruction funds needed for more than $380 billion damage in the conflict. Russia and the Assad regime’s other essential ally Iran do not have the resources to pursue the rebuilding. France and other powers have said they will not provide money without a political transition in which Bashar al-Assad steps aside.

Despite his caution about any advance, Peskov said, “This summit is an excellent platform for comparing the notes, exchanging opinions and searching for possible areas of cooperation….[It] is a very interesting format, absolutely new and quite logical from the stance of the countries involved in the solution of the Syrian problem.”