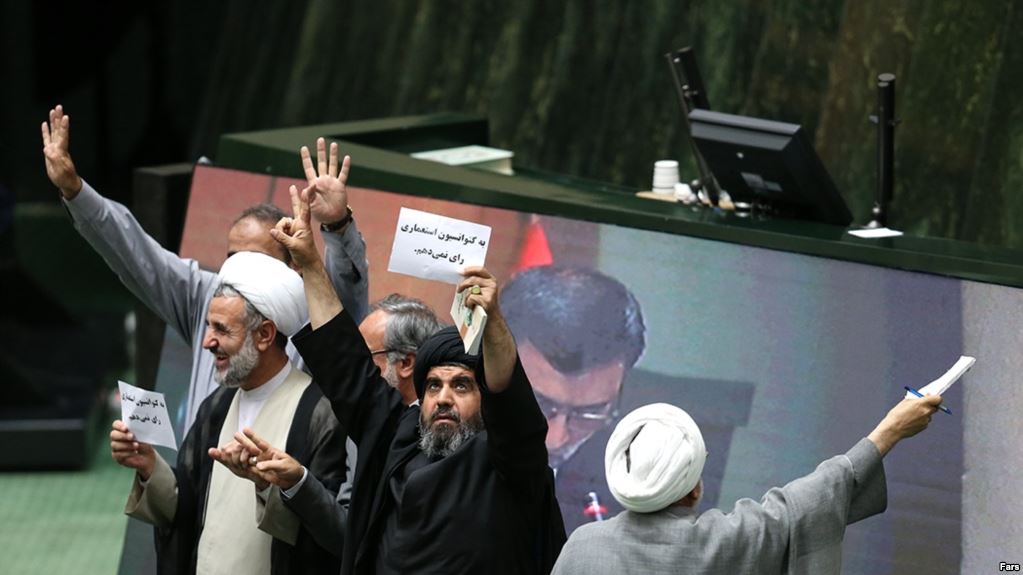 Iran’s Parliament has finally approved a bill to join the Convention Against Funding Terrorism, overruling the objections of hardliners.

The measure passed 143-120 on Sunday after heated debate. It opens the way for Tehran to join the Financial Action Task Force, created in 1989 and expanded after 2001 to include terrorism finance.

Opponents argued that accession to the convention could restrict Iran’s support of groups such as Lebanon’s Hezbollah, Yemen’s Houthi insurgency, and the Palestinian faction Hamas. But the Rouhani Government sees the accession as necessary to get European support for trade and investment, ahead of comprehensive US sanctions from November 5. Russia reportedly told Iran’s Central Bank Governor, during his visit to Moscow last week, that its banks cannot help Tehran against the sanctions without a commitment to the FATF.

On the eve of the vote, hardline cleric Ayatollah Mohammad Yazdi warned Speaker of Parliament Ali Larijani not to pass the bill, and Tehran Friday Prayers Leader Ayatollah Movahedi Kermani added his objection. Iran’s State TV broadcast a documentary against joining the Convention and the FATF, while about 100 members of the paramilitary Basij staged a demonstration in front of the Parliament during the proceedings.

However, the Supreme Leader’s foreign policy advisor Kamal Kharrazi predicted that the bill would be accepted. Minutes before the vote, Larijani produced a letter from Ayatollah Khamenei which said he was not against ratification — although the Supreme Leader also did not express support.

Khamenei’s supporters split during the vote. It was unclear if the division was a managed tactic for the bill’s passage, or an expression of individual MPs’ opinions.

The accession to the Convention could still be overturned by the Guardian Council, the 12-member body of religious and legal specialists who review all legislation.