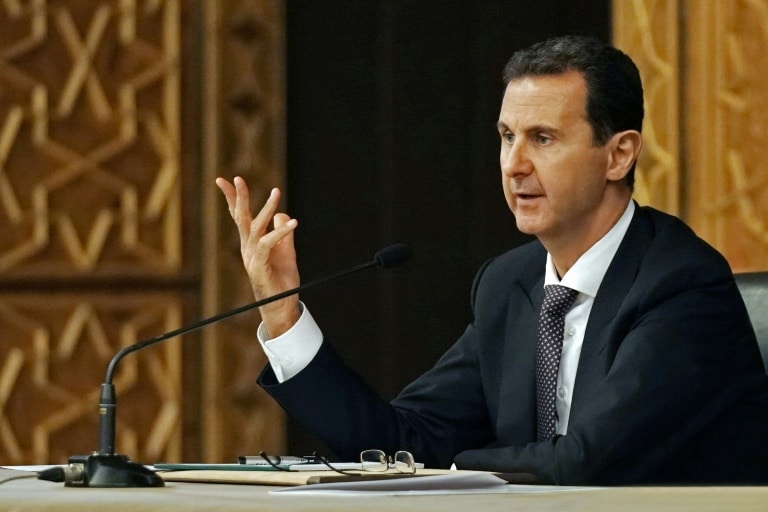 Bashar al-Assad insisted that the Russian-Turkish demilitarized zone in northwest Syria is temporary and his forces will overrun the last major opposition area in the country.

On September 17, Russia — the Assad regime’s essential ally — and Turkey announced the 100-km (62-mile) zone around Idlib and northern Hama Provinces, where an estimated 3 million people live. The agreement suspended a Russian-regime offensive to reoccupy the territory, where Turkish personnel are alongside rebels.

Last week Foreign Minister Walid al-Moallem signalled the regime’s acceptance of the deal. But Assad, in his most extensive remarks since the announcement, insisted the 15 to 20-km (9 to 12.5-mile) wide zone is a “temporary measure“.

Addressing the Central Committee of his Baath Party, Assad said the agreement had halted bloodshed, but he insisted — in a reprise of his declaration that “every inch” of the country will be recaptured — “This province and other Syrian territory remaining under the control of terrorists will return to the Syrian state.”

He doubled down on the pledge by claiming that “Western hysteria” over the imminent Russian-regime assault had shown Idlib’s vital importance to the West, and that Idlib’s reoccupation will “lead to the failure of [the West’s] plot against Syria, and to [Syrians] returning more dangerous than before for [the West’s] project in the region”.

But Assad appeared to waver, even after the reoccupations — enabled by Russian and Iranian military operations — of almost all opposition territory near Damascus and across southern Syria this spring and summer.

Implicitly commenting on the reconstruction necessary after an estimated $380 billion in damage since the Syrian uprising began in March 2011, Assad said “enemies” will try to weaken Syria “militarily, politically, economically, and socially”.

He concluded, “We’ll face internal challenges no less dangerous than the war.”