Iran Daily: Rouhani Looks to Save Government and Economy with 4 Nominations 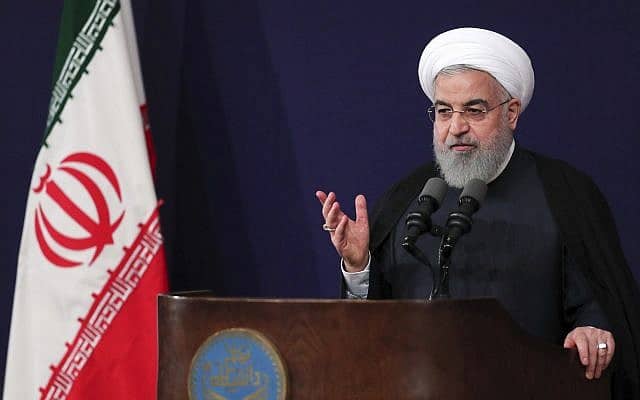 Rouhani issued the letter to Parliament on Sunday for the Economy, Industry, Roads, and Labor Ministers.

Last month MPs dismissed the Economy and Labor ministers. On Saturday the Industry and Roads Ministers resigned after months of threatened impeachment.

The changes come two weeks amid two weeks before comprehensive US sanctions are imposed, including on the energy and finance sectors.

The President’s biggest challenge to Parliament is the submission of Mohammad Shariatmadari, the departing Industry Minister, to take over the Labor Ministry.

Shariatmadari faced impeachment bids through the summer, with hardliners denouncing his oversight of Iran’s automobile industry, among those hindered by sanctions. He refused to report to Parliament on October 9 to respond to MPs’ questions.

Dejpasand has been caretaker Economy Minister since Masoud Karbasian was removed by Parliament in late August. He is an assistant professor at Tehran’s Shahid Beheshti University and head of the research center at the Planning and Budget Organization.

Rahmani is a former Deputy Industry Minister. Eslami has been praised by the Supreme Leader and military commanders for his work on military and civilian projects.

The President had held out for more than a year against a Cabinet reshuffle. However, problems with production, investment, trade, employment, and currency have worsened despite the Supreme Leader’s invocation not to be pessimistic.

Iran’s oil exports are down 40% since April, even before the full effect of US sanctions is felt. The International Monetary Fund has replaced its projection of 4% growth in 2018 with a forecast of 1.5% contraction this year and 3.6% in 2019.